by AnyTV
in Automobiles
Reading Time: 2 mins read
21 0
A A 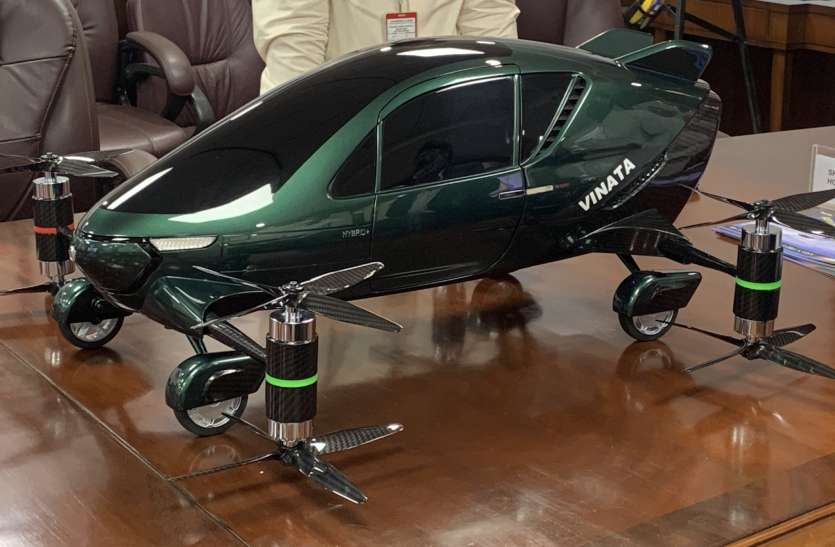 New Delhi. New experiments are being done all over the world regarding future transportation and India is also not behind in this. India had also shown a glimpse of this through the announcement of its new drone policy a few days ago. Now Civil Aviation Minister Jyotiraditya Scindia has praised it after seeing the model of a hybrid flying car made under Make in India on Monday.

Civil Aviation Minister Jyotiraditya Scindia shared this information through his Twitter handle and also showed the model of this hybrid flying car. “Glad to see the concept model of Asia’s first hybrid flying car soon to become a reality by the young team of Vinata Aeromobility,” he tweeted.

He further wrote, “Once in the air, flying cars (flying cars) can be used for carrying passengers and cargo as well as emergency medical services.”

Vinata’s Hybrid Flying Car features digital instrument panels with artificial intelligence, which make the flying and driving experience more exhilarating and stress-free. The company claims that its flying car is luxurious, attractive externally, it also has a system of entertainment with GPS tracker. This flying car has a panoramic window canopy that provides a 300-degree view.

ALSO READ  When Maruti fails, Tata picks up the pace, these vehicles have led to a tremendous increase in sales. Tata Motors registers 38 percent growth in sales in November 2021 | AnyTV News News

For safety purposes, the hybrid electric flying car has an ejection parachute as well as an airbag enabled cockpit. In addition, this hybrid flying car uses a Distributed Electric Propulsion (DEP) system that provides additional safety to the passengers. This means that there are multiple propellers and motors on the aircraft and that if one or more motors or propellers stop working, the other working motors and propellers can land the aircraft safely.

ALSO READ  These 3 sedans are popular in the market, they give great mileage of up to 25Km at a low price. Top 3 compact sedans sold in India in November 2021 | AnyTV News