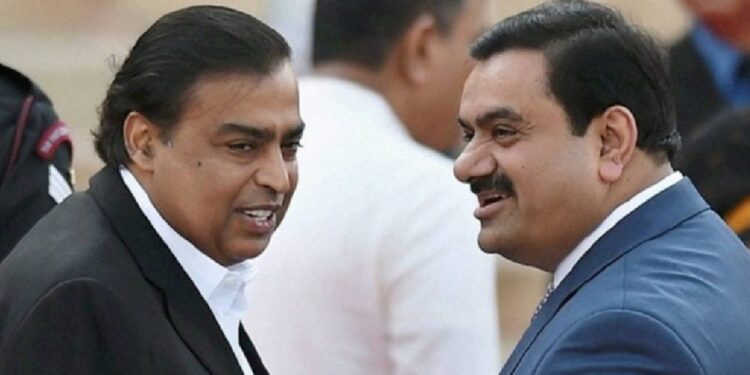 New Delhi. Veteran industrialist Mukesh Ambani has overtaken his rival Gautam Adani in the Forbes Global 2000 list. Forbes has taken out this list on the world’s most powerful 2000 companies. In this, Mukesh Ambani’s Reliance Industries is at number 53. Adani’s four companies are far behind him. Mukesh Ambani’s Reliance has become the first Indian company to earn more than $100 billion in the last financial year. For this reason, he has got an advantage of 2 places in the list of Forbes compared to last year. Mukesh Ambani’s assets are around 90 billion dollars. He is the 10th richest person in the world.

Gautam Adani’s Adani Port is at 1568th, Adani Green Energy 1570th, Adani Transmission 1705th and Adani Total Gas at 1746th in the Forbes list. According to Forbes, he has prepared this list on the basis of sales, profits, assets and market value of the company. Among other Indian companies in this list, State Bank of India has been ranked at 105th, HDFC Bank at 153rd and ICICI Bank at 204th. State-owned oil company ONGC is at 228th position in this list.

At the same time, HDFC Ltd is ranked 268th, Indian Oil 357th, Tata Consultancy 385th, Tata Steel 407 and Axis Bank 431 in the Forbes list. The country’s largest mining company Vedanta has also benefited tremendously this time. She has risen 703 places in this list as compared to last year and has reached number 593.