Jamshed J Irani, known as Man of Steel, died at the age of 86, Tata Steel expressed grief and said this 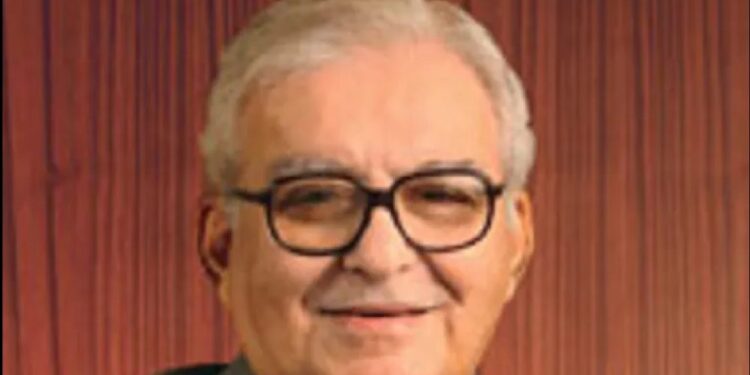 New Delhi. Jamshed J Irani, formerly known as the Steel Man of the country, has passed away at the age of 86. The Man of Steel breathed his last yesterday i.e. on 31 October, during which he was in Jamshedpur. Information about this, Tata Steel issued a statement that Steel Man of India is no more. He was associated with Tata Steel Group for four decades. Let us tell you that Jamshed J Irani retired from the board of Tata Steel in the year 2011. Let us tell you some special things about them-

Expressing grief over this news, Tata Steel has shared a post on its official website, in which he wrote that-We are deeply saddened by the demise of Padma Bhushan Dr. Jamshed J Irani, known as the Steel Man of India. The Tata Steel family extends its deepest condolences to his family and loved ones.”

We are deeply saddened at the demise of Padma Bhushan Dr. Jamshed J Irani, fondly known as the Steel Man of India. Tata Steel family offers its deepest condolences to his family and loved ones. pic.twitter.com/gGIg9JgGMS

According to the information received, Jamshed J Irani was born on 2 June 1936 in Nagpur. His father’s name was Jiji Irani and mother’s name was Khurshid Irani. Irani studied at Rashtrasant Tukdoji Maharaj College, from where she completed her M.Sc. He had completed his B.Sc from Jamshedpur only. He also got Padma Bhushan in the year 2007. Irani served as General Superintendent in 1978, then as General Manager and then as Chairman of Tata Steel in 1985. After this he appeared as Joint Managing and then Managing Director of Tata Steel.