by Vikram Dave
in Business
Reading Time: 2 mins read
4
A A 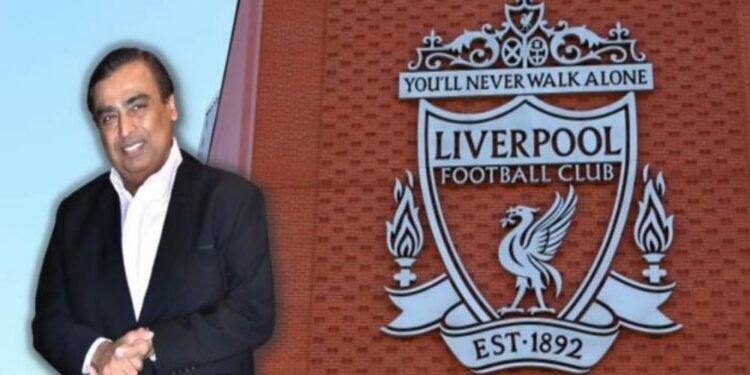 New Delhi. There is a saying in vogue in India, ‘Hath me paisa ho toh kya nahin sakta’ and this saying fits on the big rich, such an Indian industrialist is Mukesh Ambani. Ambani family buys big companies in a pinch. Mukesh Ambani, chairman of Reliance Industries, can buy English football club Arsenal. According to a media report, Mukesh Ambani has shown interest in buying Arsenal. The report also suggested that Mukesh Ambani’s son Akash Ambani is a big fan of Arsenal. This could also be a reason to buy Arsenal. Explain that Arsenal Football Club is a 100% owned subsidiary of Arsenal Holdings Limited. Arsenal Holdings Limited is 100% owned by KSE UK INC. Whereas KSE UK INC is 100% owned by Stan Kroenke.

Let us tell you that earlier a report had appeared in the media in which it was claimed that Ambani was planning to buy Liverpool FC. Currently the current owner of the English Premier League club is Fenway Sports Group. The Merseyside club was acquired by Fenway Sports in October 2010. Earlier in August 2010 also it was reported in media reports that Mukesh Ambani and Subrata Roy had given their proposals for Liverpool. However, this deal could not be done. Significantly, billionaire businessman Mukesh Ambani’s company owns the Indian Premier League cricket team Mumbai Indians. Apart from this, Ambani is also a commercial partner of the All India Football Federation in addition to organizing the Indian Super League football competition. In such a situation, this deal of his can also increase his net worth.