by Vikram Dave
in Business
Reading Time: 4 mins read
0
A A 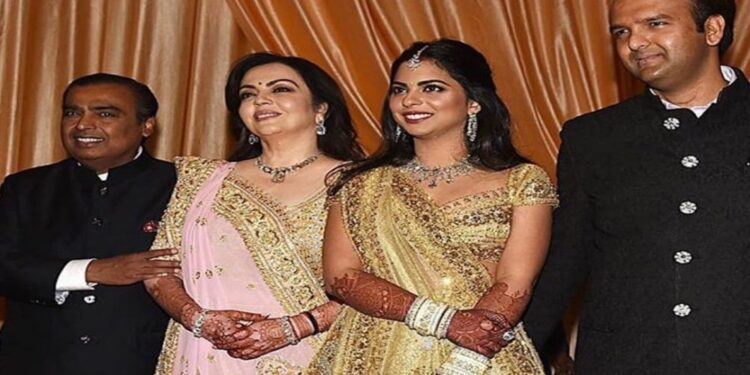 New Delhi. A small guest has come to the country’s prestigious industrialist Mukesh Ambani’s house. A guest for whom the entire Ambani family is busy preparing to welcome. There is no place for the happiness of the Ambani family as soon as this little guest arrives. Every member of the family has started preparing for the celebration. On the other hand, there is an influx of congratulators. From social media to everywhere, the process of congratulating him is not taking the name of stopping. Let us tell you that Mukesh Ambani’s daughter Isha Ambani has given birth to twins. In which there is a son and a daughter. The son’s name is Krishna and the daughter’s name is Adil.

However, earlier on social media, Isha had not informed anyone that she is pregnant nor had shared any posts in this context on social media. Meanwhile, as soon as the news of their having twins came to light, the fans of the Ambani family are not getting overjoyed. People are celebrating this moment in different ways on social media.

We will also tell you in detail about the congratulations being given by people on social media, but before that you should know that in the year 2018, Isha Ambani and Anand Pirmal had tied the knot. Anand also belongs to a business background. Isha’s father-in-law’s name is Ajay Pirmal. In the past, Mukesh Ambani had also handed over the command of his business to Isha. Explain that Isha was introduced as the business of the 45th AGM. Earlier, Mukesh Ambani had also made public the details regarding the distribution of his property. In which he made it clear that he would give equal property to his daughters. There will be no discrimination of any kind regarding the distribution of property between the two. After his move, he was highly praised on social media. Some people also defined this step of Mukesh as showing the mirror to the old power society. Mukesh Ambani has two sons and a son. Akash and Anant are sons and Isha is daughter. Mukesh Ambani has handed over the command of JIO to his elder son Akash.

Isha Ambani wanted to become a teacher since childhood. He loved teaching children from the beginning and started taking steps towards fulfilling his dream. But, then time changed in such a way that she started helping her father’s business and today she is setting new records every day in her business, due to which her family members are also very happy. Isha did her schooling from Dhirubhai Ambani International School in Mumbai, after which she moved to America for further studies. He studied psychology from Yale University in the US, after which he started stepping into his father Mukesh Ambani’s business.