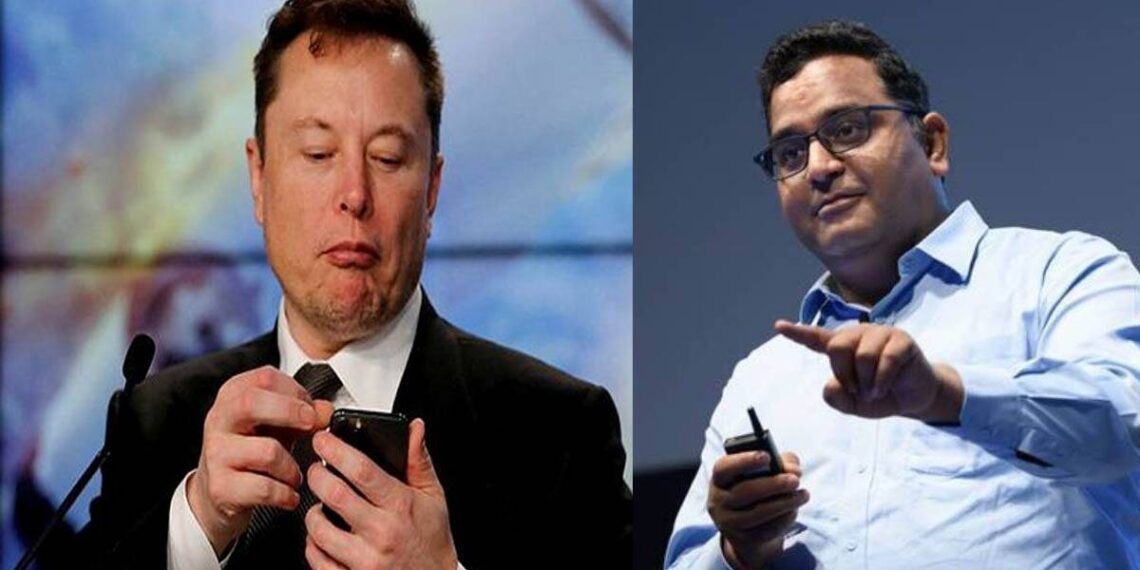 Tesla CEO Elon Musk recently had a tweet about the Taj Mahal, in which he said that it is really a wonder and a wonder of the world. Responding to his tweet, Paytm CEO Vijay Shekhar Sharma asked Musk, “When are you coming to the Taj for the first Tesla delivery?”

Significantly, Elon Musk, the world’s richest person, while replying to the tweet of the Twitter handle named History Defined, tweeted that it is surprising. I went to the Taj Mahal in 2007, which is truly a wonder of the world.

In response to his tweet, Paytm CEO Vijay Shekhar Sharma tweeted that “It is going to be a challenge to make FSD (Full Self Driving Car) for Tesla in India. We are known to all as unruly road users. When are you coming to deliver the first Tesla at the Taj?

Also Read
Elon Musk Tweet: If I die then… his mother and followers got emotional on Elon Musk’s tweet

After this tweet by Sharma, users also commented fiercely and advised him to leave Tesla and focus on Paytm. A Twitter user named Rishabh Shah (@Rushabh79) tweeted, “Mr. Shekhar ji I want to say with all due respect that Tesla will find a solution to this problem absolutely.” But the biggest problem here is that your company paytm stock needs to be considered. have lost the trust of their investors.

Commenting on Joe Fraser (@JoeFraz85337387), you’re thinking of Tesla after you’ve lost 70 percent of your investment. Wow! With this, a Twitter user named Vishal Singh (@bigdeadevil) commented that Vijay Shekhar Sharma, you first tell when Paytm will give profit. Whether Tesla will come or not is an afterthought.

Let us tell you, the IPO of Vijay Shekhar Sharma’s company Paytm was listed in the stock market in November 2021 at the rate of Rs 2150 per share, after which the stock has seen a decline of up to 70 percent. At present, the price of Paytm is Rs 539 per share.

UPI Auto Pay: What is UPI Auto Pay feature? To promote which NPCI has tied up with rapper Badshah.