Chhattisgarh 10th and 12th Board Exam Dates Announced This Month 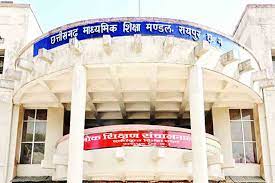 Raipur. Board exams of 10th 12th in Chhattisgarh will start from March. This decision has been taken in the meeting of the Examination and Examination Results Committee. For this, a detailed time table will be issued by the end of December. Due to Corona, it was decided that this year also the syllabus will be cut by 30 percent.

Question papers will also be prepared on the basis of this. Time limit has also been fixed for practical examination. Under which the examinations will be conducted from January 10 to January 31. Board of Secondary Education Secretary Vijay Goel said, “The meeting of the examination committee has been held, in which it has been decided to conduct the 10th 12th board examinations from the first week of March.

The post Chhattisgarh 10th and 12th Board Exam Dates Announced This Month appeared first on Navabharat.

When this famous villain was seen in 14 films in a single month. interesting facts about actor villain Manmohan on Birth anniversary | AnyTV News

When this famous villain was seen in 14 films in a single month. interesting facts about actor villain Manmohan on Birth anniversary | AnyTV News