15 crores spent on the treatment of Atharva who is suffering from serious illness, Sonu Sood took such a step, convinced fans 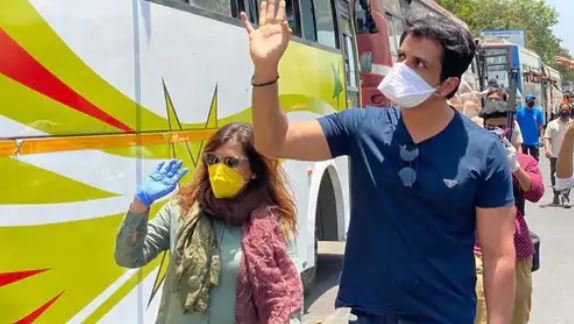 new Delhi. Actor Sonu Sood reached Ujjain in Madhya Pradesh today. Where he saw Mahakal. The priests also performed his Mahakal Rudrabhishek. Meanwhile, he met Atharva and his parents, who were suffering from a very rare disease. Atharva is currently suffering from spinal muscular atrophy. Atharv’s treatment will cost crores. Atharv’s parents do not have that much money. Therefore, along with CM Shivraj Singh Chouhan, he has also appealed to Prime Minister Narendra Modi for help. Meanwhile, as soon as he met actor Sonu Sood, he assured full help to Atharva’s parents.

The actor has also given his phone number and said that whenever any kind of help is needed, feel free to contact. Along with this, the actor has assured to provide all kinds of financial assistance to Atharva’s parents in his treatment. At the same time, after Sood’s assurance, a ray of hope was also seen on the faces of Atharva’s parents. Meanwhile, while the actor himself has talked about helping Atharva, he has also appealed to the people present there to help the innocent boy. The actor said that a little help from you guys can give a new life to this innocent child. The actor said that Atharv’s parents need your help in this difficult time.

A small help from you guys can give a new life to this child. Apart from this, the actor himself has taken steps forward to help that child. It is being told that after this touching appeal of the actor, positive reactions have come from many people. Significantly, during the Corona period, the actor had made an invaluable contribution in taking the people trapped in Delhi-Mumbai and other metros to their homes. The actor earned merit by taking many people to their homes with his own money.