5 controversial statements of Aamir Khan, which caused a ruckus, even PM Modi was once told about the Gujarat riots….! , controversy statement given by amir khan

by Amit Tripathi
in Entertainment
Reading Time: 4 mins read
85 1
A A 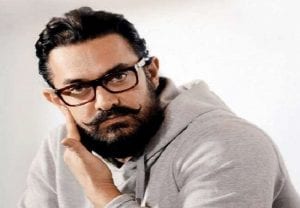 New Delhi. Bollywood actor Aamir Khan is one of the list of very outspoken actors. Whenever it comes to expressing his opinion on an issue, he never backs down, but many times he has to face criticism from people because of his outspokenness, because many times he does so much under the guise of his impunity. Some are said, which people do not like at all, due to which they come under the target of people, but in spite of this they do not take lessons and stay on their own stand, due to which their list The number of controversial statements is increasing in So let us tell you in detail about some such statements given by him in this report, about which there was a lot of ruckus.

Aamir Khan had given a statement in the year 2015 regarding his wife. Referring to the then conditions of the country, he had said that my wife is afraid of living in India, after which there was a lot of controversy after the above statement given by her. People opposed him a lot. His statement was also opposed by actors like Paresh Rawal and Anupam Kher. The actor’s statement was fiercely criticized in political circles as well. Even his statement was criticized by the common people, saying that as an Indian citizen, such a statement does not suit him.

Once upon a time Aamir Khan named his dog Shahrukh. There was a lot of controversy over this. Although there was no response from Shah Rukh Khan, it was reported that a cold war broke out between Aamir and Shahrukh due to the above episode. According to media reports, after this the relationship between the two actors turned sour. However, after this there was a sweetness in the relationship between both the actors.

Actor Aamir Khan had to face criticism for the 2014 film PK. Aamir was criticized by the general public especially for insulting Hindu gods and goddesses in the film and the nude character performed by the actor. His films and his posters were burnt at many places. Not only this, voices were raised against his film in the political circles as well. 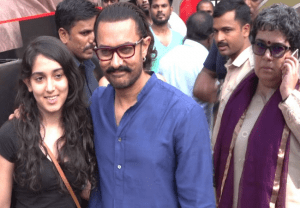 Let us inform that in the past, actor Aamir Khan shared with his daughter on social media. Looking at the picture, it seemed that both were having fun, but people gave it a different angle on social media, after which the actor had to face a lot of criticism. Many people even made lewd comments on this picture shared by the actor. Many people had made lewd comments on social media by praising Ramzan. However, the situation had become such a controversy that it was said that now the actor himself will come forward and give some reaction on his behalf, but he did not give any reaction to it.

Not only this, in an interview given to NDTV in the year 2002, he had held the then Gujarat Chief Minister Narendra Modi responsible for the deaths of people due to the Gujarat riots. However, after watching the video clip of the interview, it is known that Aamir Khan is not directly but indirectly blaming the then Chief Minister of the state Narendra Modi for the Gujarat riots.

Acc to AAMIR KHAN Turkey President is Statesman and #NarendraModi is Mass Murderer#Modi sponsored brutality in #Gujarat #india in 2002 when even SC gave him clean chit#BoycottLaalSinghChaddha
pic.twitter.com/ejOpdVdacv

At the same time, if we talk about Aamir Khan’s current stand, then he seems to be soft towards Prime Minister Narendra Modi, but the wounds of the statement given by him in the minds of the people are probably not yet healed. It is the result of that that he is now facing opposition from his recent film Lal Singh Chaddha, keeping in mind that he himself has come forward and appealed to the people not to boycott his film. However, after the actor’s appeal, what is the reaction of the people towards his film. All eyes will be on this. Till then, you keep reading to be aware of all the big news of the country and the world. anytv.com

0
No Result
View All Result