Aarohi will create a rift between the two brothers, while Anjali will play dirty with Rishabh. 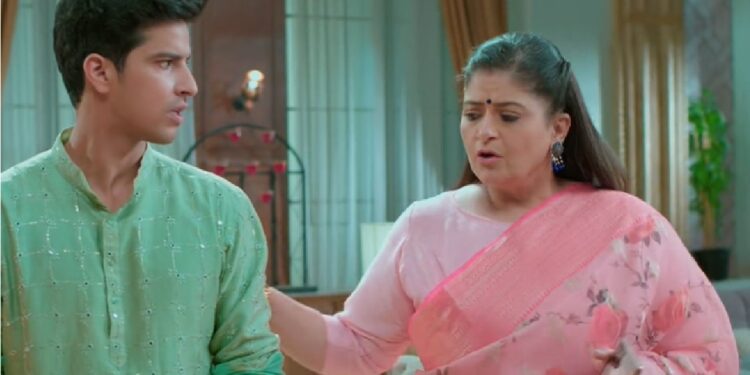 New Delhi. Popular small screen serials Yeh Rishta Kya Kehlata Hai and Kundali Bhagya are seeing daily twists and turns. In the last episode of Yeh Rishta Kya Kehlata Hai, you saw that Aarohi leaves after saying something to Akshara. Akshara does not understand what she is saying. After which she gets on the call. Kundali Bhagya milk comes out from Preeta and she calls Rishabh. Rishabh finds Anjali alone on the way whose car has broken down. He helps her. Rishabh goes to drop Anjali but just then a storm comes.

Neil-Abhimanyu will clash with each other

In today’s episode you will see that pooja is done for Neil and Aarohi in the house and everyone is waiting for Akshara and Abhimanyu. Everyone thinks that both of them know about Pooja but Aarohi has not told Akshara. On the other hand, Akshara auditions for music and is also selected, but in order to raise the mercury in the house and prove herself right, Aarohi moves. She pretends to faint as soon as Akshara and Abhimanyu come back to the house. Everyone thinks that Aarohi has fainted because of the fast. Everyone blames Akshara and Abhi for not coming to the puja even after knowing, but Akshara says that no one told them. Neil gets furious at this and says that all you have to do is prove Aarohi wrong. In the upcoming episode, Neil and Abhimanyu clash with each other over the hospital’s decision.

Rishabh will be accused of rape!

On the other hand, in Kundali Bhagya, you will see that Anjali first brings Rishabh to the house by alluring him and tries to take advantage of him only by offering him liquor. Rishabh escapes from there after saving his life but he is worried as to why Anjali did this. Now it has to be seen whether Rishabh shares this incident with Preeta or not.