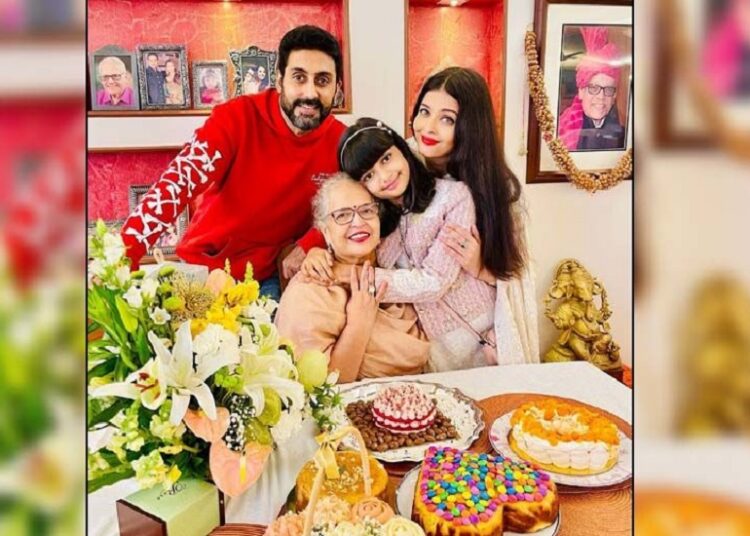 Aishwarya Rai is very positive about daughter Aaradhya. This positiveness of his has been seen on many occasions. Even Ash herself has made it clear about him many times that she does not take him away from herself and has been taking care of her herself since childhood. Due to some of these reasons, Ash has to be trolled, but this time not Ash but his daughter has to face the trollers.

Actually recently a video has surfaced. In this video, Abhishek, Ash and their daughter Aaradhya are coming out of Mumbai airport. During this, users trolled her fiercely for her moves. Not only this, the trollers did not even spare Aishwarya Bachchan.

Now Abhishek Bachchan’s answer has come regarding this. Recently, during an interview, when Abhishek was asked about the trollers, he said that I will not tolerate it under any circumstances and anyway it is such a thing, which should not be tolerated. I am a public figure, trolling me is understandable but my daughter is out of all this. If anyone has anything to say, come in front and say it on my face.

ALSO READ  Uttarakhand Assembly Election 2022: Kejriwal said in Haridwar, once the AAP government is formed, then you will not vote for any party.

However, this is not the first time that Ash has faced such comments. Many times people have also made fun of Aishwarya Rai for being socially over-protective. Let us tell you that in that video, Ash has held Aaradhya’s hand as usual and she is walking in a different trick. After the video surfaced, people started trolling Aishwarya. A person said – Hey, leave his hand sometime, it is held in such a way that it will be lost somewhere. At the same time, another person said – does it have a problem with the feet or is it walking deliberately.

Actually, recently Abhishek Bachchan is busy promoting the film Bob Biswas. This film of his is going to come on the OTT platform. Abhishek and Chitrangada are in the main lead in the film. The film will be released on ZEE5 on 3 December. Due to this, during an interview, he put his strong side on the question made about trolling the daughter.

Will see glimpses of Vicky-Katrina’s wedding on Amazon Prime, know what is the deal