Adivi Sesh returns home from hospital after recovering from dengue 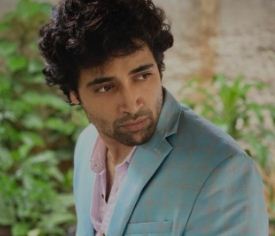 Hyderabad, Sep 27 (IANS) | Actor Adivi Sesh is back home from the hospital after recovering from dengue. The actor is currently taking rest after his illness. On September 18, Sesh was admitted to AIG Hospital in Hyderabad following a drop in his platelet count.

In one of his first interactions with his fans since the illness, Sesch tweeted on Monday, “Back home. Resting.” Giving an update on Instagram, he wrote, “Thank you for your blessings and love.”

The actor has been advised rest for a few days before returning to work. Sesh will soon be seen in the bilingual film ‘Major’. He has also started shooting for ‘Hit 2’ produced by Nani. Apart from these two, Sesh has ‘Gudchari 2’, the much-awaited sequel to his 2018 film of the same name.

Taliban threatens countries around the world, says ‘recognize or else problems may arise’

Talented students of the village honored

Home Loan: This bank is offering the cheapest home loan, know the interest rate of every bank from this list