After Ranbir Kapoor, is Kartik Aaryan also going to get married? Know what he said in Kapil Sharma’s show 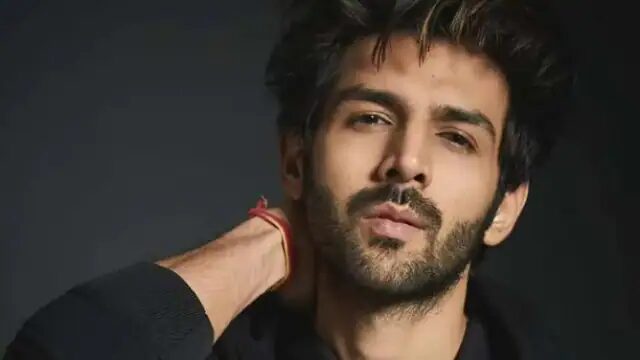 Karthik Aryan, Kiara Advani, Rajpal Yadav and director Anees Bazmee reached Kapil Sharma’s show for the promotion of their upcoming film Bhool Bhulaiyaa. During this everyone had a lot of fun together. As usual, Kapil Sharma was seen having a lot of fun with Kartik, Kiara, Rajpal and Anees. During this, Kapil asked Karthik a question that when he is planning for marriage. Actually, Kapil questioned Karthik about his Dubai match where he will play a game with Abhishek Bachchan and Ranbir Kapoor. So while discussing about these two, Kapil asked that Abhishek is already married and Ranbir is recently married, so what is his marriage plan now.

what is karthik’s plan

Kapil said, ‘We heard that you will go to play football match with Abhishek Bachchan and Ranbir Kapoor. Both are married. You don’t think you should be settled now or you just want to play more…football. Then Kartik laughs and says, I want to play…football. Everyone starts laughing out loud after listening to Karthik.

Then Kapil talks to Rajpal and says that everything has changed from the first part to the second. Director, star cast and everything else, but you are in this film. So what is the reason for this? That’s why your outfits still fit you? Everyone laughs after hearing this from Kapil, Rajpal too.

After this Rajpal Yadav tells an interesting anecdote. He told that when he went shopping in Canada, he was not getting clothes of his size there. He said, ‘The normal size of the people there is 6 feet, so I roamed the whole mall there, but clothes of my size were not found. Then I told my wife about this, she said that you were checking in the wrong department. You should have gone to the kids section. Everyone from Karthik to Kapil Sharma could not stop laughing after listening to Rajpal.

Talking about the film Bhool Bhulaiyaa, it is the sequel of Bhool Bhulaiyaa. The first film had Akshay Kumar and Vidya Balan in lead roles. The film was a super hit. Now let’s see what amazing Karthik Aryan’s Bhool Bhulaiyaa will do. In this film, Kiara Advani, Tabu, Rajpal Yadav are in the lead role along with Karthik.