New Delhi. Akshay Kumar is one of those great actors who win everyone’s heart with his performances. People also call Akshay Kumar as Khiladi Kumar because Khiladi Kumar shows such a game on the screen that everyone is stunned to see. Akshay Kumar’s new film Raksha Bandhan is about to release in theaters, about which his fans are excited and are waiting for August 11. His film’s clash is going to be seen with Aamir Khan’s film Lal Singh Chaddha. Till a few days ago, the people of both the films were vigorously boycotting and appealing not to watch the film.

Akshay Kumar, who has always praised Akshay Kumar, is upset due to some comments but there are people living in India who are excited about both him and his film. At present, Akshay Kumar had gone to Jaipur for the promotion of the film and here we will try to tell what happened to him during that promotion. 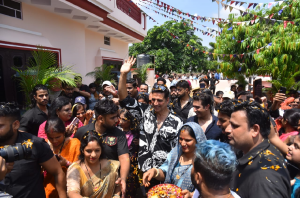 Akshay Kumar is constantly busy with his films and their promotions. Once again he had gone to Jaipur for the promotion of his upcoming film Rakshabandhan where Akshay Kumar was given a grand welcome. 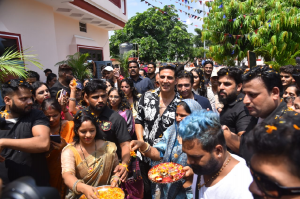 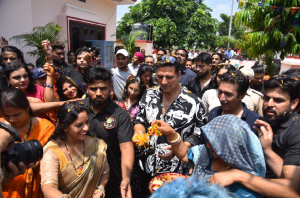 All the artists were also welcomed and welcomed like very few people get to see. Everyone was showering flowers on him and was excited to meet him and get photographed with him. After the massive boycott, Akshay Kumar’s welcome in this manner is a hope for his upcoming film.

IND vs AUS 3rd T20 Dream 11 Prediction: This player has been made captain and vice-captain, both have the power, know today's best Dream XI team