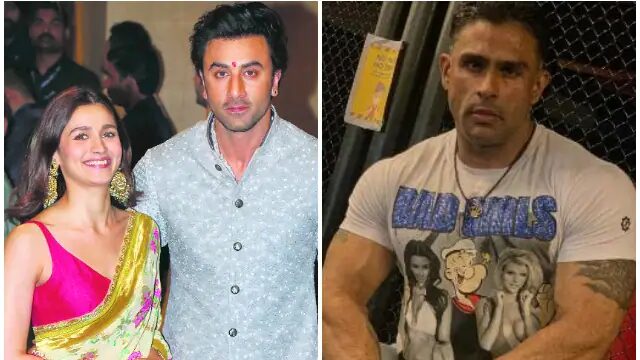 New updates are constantly coming out regarding the marriage of Alia Bhatt and Ranbir Kapoor. Fans are also very desperate to know all the small and big details from the wedding venue to the delicious dishes being cooked at the wedding. Recently, a big update has come out regarding the wedding date of this couple. According to the new update, Alia Bhatt will take seven rounds with Ranbir Kapoor on April 14. However, no information has been given by the family regarding the date of marriage. RK Studio and Krishna Raj’s bungalow are being decorated for some time now. Now new news has come out about the guests coming to the wedding. Alia Bhatt’s half-brother Rahul Bhatt has shared new information related to her marriage.

so many guests will come to the wedding

Rahul Bhatt has revealed in a conversation with Dainik Bhaskar that only 28 guests will come to Alia Bhatt and Ranbir Kapoor’s wedding. According to Rahul, apart from the family members, only some special friends will be involved in the wedding. Along with this, Rahul Bhatt has also clarified that a big change has been made in the date and venue of the marriage of both.

Till now it was coming in the news that Alia Bhatt and Ranbir are getting married. Vastu Apartment or RK Studio will be in Rahul Bhatt has clearly said that both will be married in a five star hotel in Mumbai. According to Punjabi customs, both will tie the knot. Along with this, it is also coming out that both of them will get married before April 20.

The Kapoor family has made elaborate security arrangements for Alia and Ranbir’s wedding. About 200 bouncers will be present at the wedding venue of both. Not only this, Neetu Kapoor has called chefs from Lucknow and Delhi in Mumbai a week before for the wedding.