Alia Bhatt’s father is Muslim!, Kangana Ranaut made a shocking disclosure by sharing the video, told her real name

New Delhi. Actress Kangana Ranaut is called the Panga Queen of Bollywood. Kangana Ranaut got this name for her impeccable speech. This has happened not once but many times when Kangana has attacked people associated with Bollywood without fear. Sometimes on an actor or actress, sometimes people associated with the film screen come under the target of Kangana. Not long ago, Kangana Ranaut was an attacker on actress Alia Bhatt. Kangana had also spoken many sharp attacks about Alia Bhatt. So right there, now the Panga Queen has revealed about Alia’s father Mahesh Bhatt, it is surprising. Kangana has shared some video clips of Mahesh Bhatt on her Instagram story. 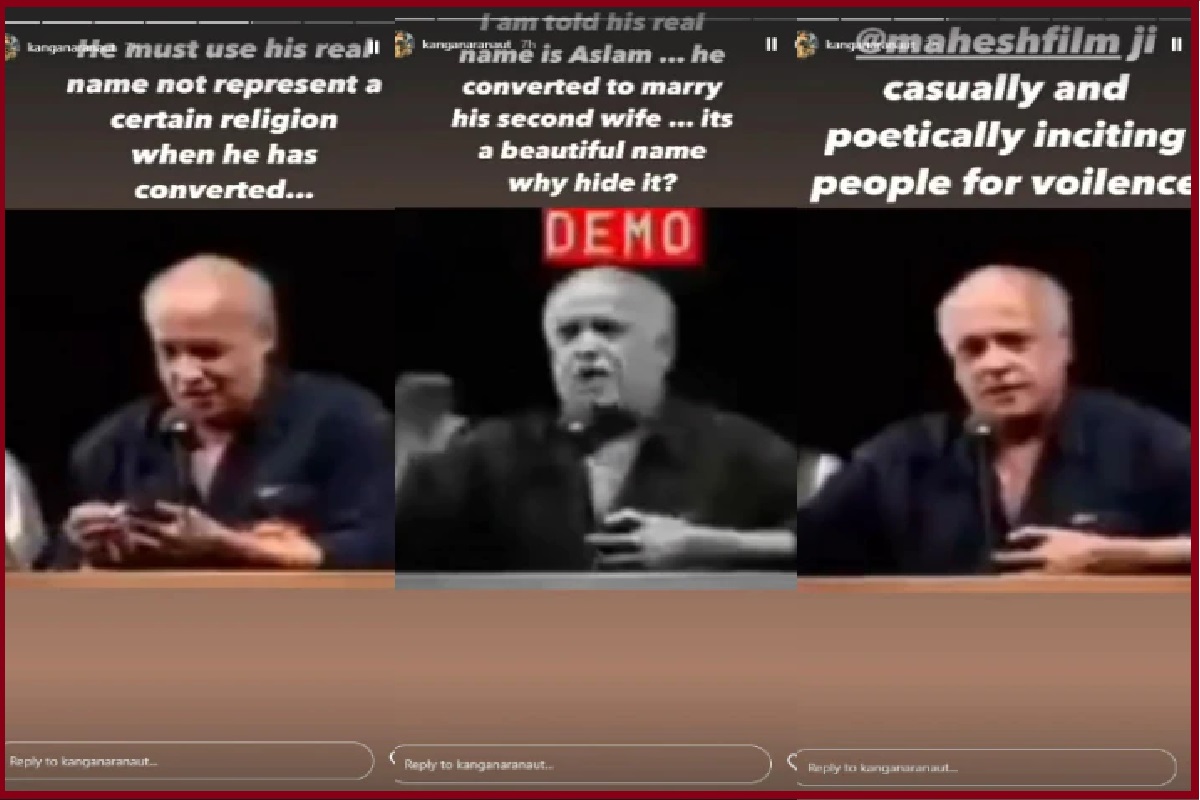 Sharing this video, Kangana wrote, ‘He should use his real name and not represent any religion, especially when he has converted. I have been told that his real name is Aslam. He had to change his name (religion) to get married for the second time. This is a beautiful name, why hide it? Mahesh ji is inciting people to violence. Let us tell you that Kangana Ranaut started her career in Bollywood with the film Gangster in the year 2006. It was a Mahesh Bhatt production film. However, since working with Mahesh Bhatt, Kangana has made many serious allegations against him. In the year 2020, Kangana accused Mahesh Bhatt and said that he was assaulted. When he turned down his daughter film maker and actor Pooja Bhatt’s film. Well now it has to be seen that what will be the statement from Mahesh Bhatt regarding this.