At the age of 16, Saira had given heart to Dilip Kumar, the love story of both of them is amazing. 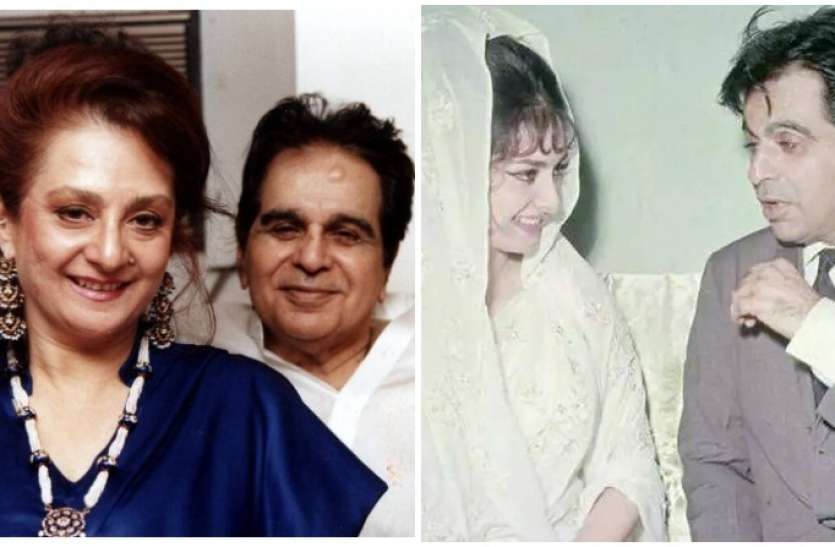 Bollywood’s ‘Sikandar’ actor Dilip Kumar has seen the industry grow. There was a time when everything in the cinema world had to be done not on the camera’s own strength but on one’s own. The impression that Dilip Kumar has left on the hearts of people in that time is still alive and for centuries people will not be able to forget his vivacious acting. Everyone knows about Dilip Kumar’s films. But very few people know about his personal life. So here we will introduce you to every aspect related to actor Dilip Kumar’s personal life.

Dilip Kumar and Saira Banu love story
It is said that Dilip was so handsome as a teenager that girls used to wait for hours to catch a glimpse of him. Seeing the killer look of Dilip Kumar, Saira Banu started loving him from the age of 12. She often used to go to see Dilip Kumar’s films with her mother. It is said that from here only Saira had made Dilip Kumar her own in her mind.

Over time, she started weaving dreams in his name. She was 16 years old when the first premiere of Dilip Kumar’s super hit film ‘Mughal-e-Azam’ in 1960 was held at the famous Maratha Mandir movie hall in Mumbai, which was to be attended by Dilip Kumar. When Saira came to know about this, she entered the show hoping to catch a glimpse of her favorite hero. But sadly, due to some reasons, Dilip Kumar did not become a part of the ceremony and Saira’s face was filled with despair. She started feeling that she might never be able to meet Dilip Kumar. Well, it is said that love makes its own way!

Saira chose film world to get Dileep
It is only after this that Saira took the path of the industry to meet her love, so that she could marry Dilip Kumar. With the help of mother, he started walking on this path. Soon he got to work in a film with a big star like Shammi Kapoor. Later on, he met Dilip Sahab one day. When Saira got her first glimpse of the superstar, forgetting everything, she stared at him. Recalling that first meeting, she said in an interview, “When he smiled at me and commented on me that I was a beautiful girl, I could feel how happy I was at that time. Inside it was thinking that I was going to be his wife.

ALSO READ  The best picture of mother-in-law and daughter-in-law on the internet, asked the fans - 'Who was in the rasode'

Verdict: The car caught fire, now the vehicle manufacturer will have to pay five lakh rupees as compensation

Farooq Abdullah said on killing of minorities, terrorists who kill innocent are waiting in hell