At the age of 17, Kangana Ranaut lived in a live-in with a 20-year-old actor, when the wife came to know about it, there was a lot of spectacle. Kangana Ranaut was in relationship with Aditya Pancholi | AnyTV News

by AnyTV
in Entertainment, Latest News
Reading Time: 4 mins read
1
A A 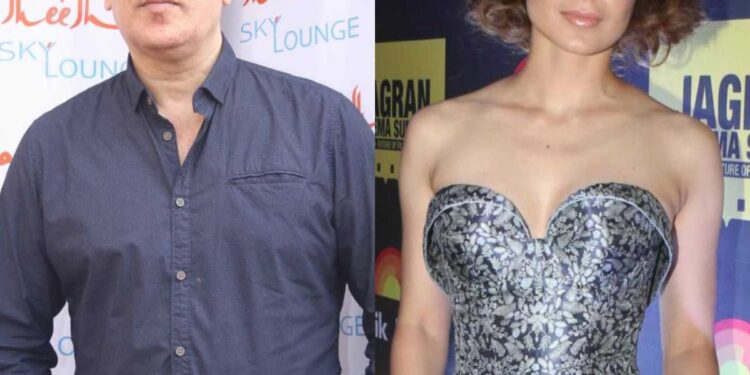 Kangana’s personal life is not hidden from anyone. Kangana may be leading a single life today but she has been in a relationship with many actors.

Actress Kangana Ranaut is known for both her stellar acting and controversial image. According to the news, the name of actress Kangana Ranaut has been associated with many stars. In which even Adhyayan Suman, Aditya Pancholi and Hrithik Roshan are included. it is said. Kangana’s name was first associated with well-known actor Aditya Pancholi. Kangana and Aditya openly accepted their relationship. Let us tell you that Aditya is 22 years older than Kangana and he is also married. Despite this, Kangana and Aditya were in love with each other. According to media reports, Aditya Pancholi and Kangana met in the year 2004.

The two soon fell in love with each other and started living together. When Kangana was making her career in the industry, she was in a relationship with Aditya Pancholi. Kangana had told in an interview how Aditya had taken her hostage while she was a minor at that time. Aditya was not only much older than Kangana but was also married.

The news of Kangana and Aditya’s relationship was also known to Aditya Pancholi’s wife Zarina Wahab. By the way, the relationship between Aditya and Kangana did not last long. The relationship of both was also very controversial. After the breakup, both of them had also made many serious allegations against each other. At the same time, even after knowing everything in this situation, Zarina supported her husband Aditya.

Kangana had said, they were in a relationship like husband and wife. We were also planning a house for ourselves on Yari Road. We even lived together for three years at a friend’s house. Kangana had told that the phone she was using was also of Aditya Pancholi. Kangana accused Aditya of assault and abusing her. Later the actor took legal action for making false allegations against Kangana.

Once Aditya raised his hand on Kangana and when Aditya was troubling Kangana, Kangana sought help from Aditya’s wife Zarina but she flatly refused to help. Once Kangana had made a big disclosure that she was locked in the house by Aditya and at that time I was left with no option but to jump from the window from the first floor. On the other hand Aditya had said about Kangana that Kangana is mad and the actor accused Kangana of using himself. Also threatened legal action against the actress. While Aditya’s wife also left no stone unturned to surround Kangana.

After this incident, Kangana broke her relationship with Aditya who was 20 years old forever. Let us tell you that Aditya was married during the relationship with Kangana. Actress Zarina Wahab is his wife. Apart from this, Aditya is also the father of two children.

These Bollywood stars have hired crorepati people as bodyguards, some 2.7 crores and some take 2 crores salary