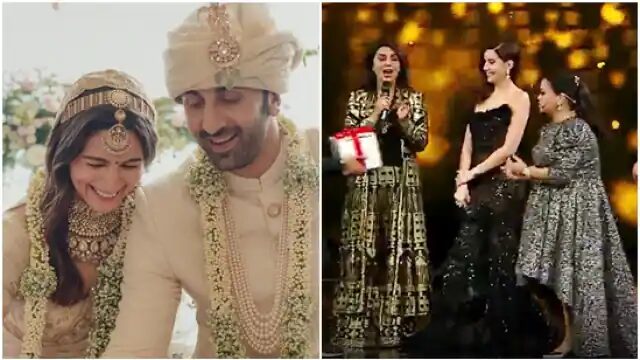 Every style of comedy queen Bharti Singh is liked by the fans. Bharti Singh’s amazing comic timing makes everyone laugh and roll. These days Bharti Singh and Harsh Limbachiyaa are hosting Hunarbaaz – Desh Ki Shaan. A promo of the show has surfaced, where Bharti is seen having a lot of fun with Neetu Kapoor. At the same time, he has also given a unique gift for Alia Bhatt to Neetu. Neetu is also surprised at first seeing the gifts given by Bharti- Harsh, while later she describes the gift of both of them as very thoughtful.

Karan forgot to give a gift

In the promo shared by Colors, Bharti Singh says, ‘First of all, many congratulations to you Neetu ma’am. Actually my baby was born, then Neetu ma’am had requested so much that you will not dance in the procession, neither Ranbir will not get married…., so ma’am doctor had refused, so I could not come. On this Neetu says, ‘Missed you a lot, we missed you a lot.’ After this Bharti further says, ‘But I had also given a gift to Karan sir, which to be given on our behalf… but he forgot to give it. So I want Ma’am to give you a gift right here.’

After this Alia Bhatt and Harsh Limbachiyaa ask for gifts and take out the pressure cooker from the box, which everyone is surprised to see. Seeing the gift, Neetu says- Pressure cooker. I will give this to my daughter-in-law Rani. He will be very useful in the kitchen, thank you. Hearing Neetu’s talk, Bharti says, ‘We have seen the wedding photos and Ranbir is looking very thin, so we want Alia’s daughter-in-law to feed Ranbir by cooking good food in it.’ Hearing this, Neetu says – you are so thoughtful, thank you so much.

return to work after 12 days

Remind that Bharti Singh had become a mother only a few days ago and for this reason she took a break from hosting the show Hunarbaaz. But Bharti had returned to work only 12 days after the birth of her son. Bharti interacted with media photographers on the sets. Bharti says I cried a lot today because 12 days old son and I had to come for work. But what to do, work is work. After this Bharti says that I have to feed sweets to all of you now. There was a look of happiness on Bharti’s face as well as the genuine desperation to leave the child at home.