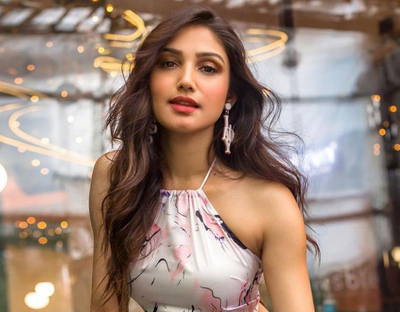 New Delhi (IANS)| Actress-model Donal Bisht, who was recently evicted from ‘Bigg Boss 15’, says she is overwhelmed by the love that comes her way and has given her 100 per cent to the controversial reality show. Donal said, “I am just upset with the hashtag going on on social media, it is enough for me and I am sure it is going to help me a lot in my career.” During the game, contestants reported that they lacked in bonding. However, Donal feels that he “gives his hundred percent to make the relationship happen” but the other contestants drag him down.
Donal insists that she cannot be a follower. He said, “I have my own thinking and this is what the housemates were not liking about me. Many people follow Vishal Kotian who is toxic himself and if you follow toxicity, it is clearly all around. Will spread out.” According to Donal, there was a lot of planning to sideline him inside the house.
“Vishal Kotian, Karan Kundrra, Jai Bhanushali and Tejashwi Prakash were completely against me and in fact Afsana Khan, with whom I later developed a good bond, told me that initially they all decided to sideline me. ” “Afsana was also with him in all his games. But later we became friends. Afsana also told me that he said that there should be only one girl in the house and that is Tejashwi. And for Tejashwi, I am the biggest threat. Was.” Donal said, “When Afsana finally understood me, she used to tell everyone that I am a beautiful person with a golden heart. She often calls me ‘Vishwasundari’.”
She tells that Shamita Shetty and Vishal Kotian tried to create misunderstanding between her and Afsana. “Shamita and Vishal always advised me to stay away from Afsana as it would show me in the wrong light. But I never listened to them.” He further added, “Actually, they all feel that I am arrogant. During Weekend Ka Vaar, Salman Khan and Farah Khan also mentioned that everyone in the house targeted me. Nishant Bhat and Prateek Sahajpal always gave me a hug. Said the lone warrior.

This company is offering gold as salary, told the special reason

New year will be filled with many dire situations including nuclear explosion, biological weapon and lab baby, know what Baba Venga has predicted for the year 2023