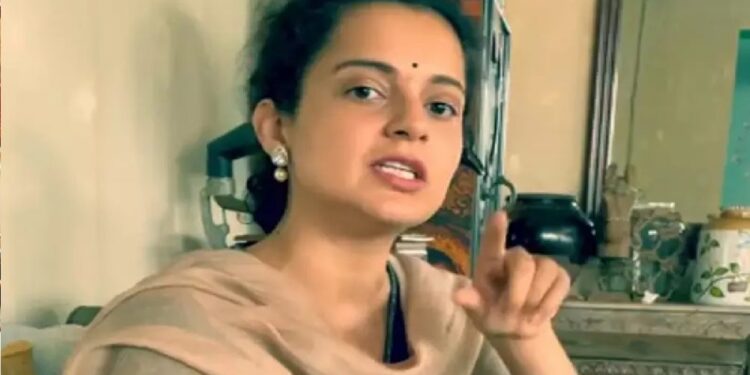 New Delhi. Tomorrow i.e. on May 20, Kangana Ranaut’s film Dhaakad is about to release, but just a day before the release, the film has come under the target of trolls on social media. The film is being trolled in a bad way and Kangana is also being scolded. Not only this, users have also taken Salman Khan under wraps. Some are slamming the actress for the action sequences in the film, while some are targeting her for her improving relationship with Salman. Apart from this, the fans of Sushant Singh Rajput are also slamming the actress on Twitter.. So let’s go. Know what the whole matter is all about.

Everyone knows that Salman Khan and Kangana Ranaut have become special friends. Kangana has given statements about Salman many times in front of the media. She says that Salman himself personally invited her to Eid’s party, so she became a part of Bollywood’s party. Now the same thing is not being liked by the users. Because even before the Eid party, Kangana used to make strong statements about Salman and used to say that she can be a hit in the film industry on her own without the Khans. But now Kangana is praising Salman Khan and users are calling him lota.

For another reason, Kangana is being trolled on social media. That is his film Dhaakad. Actually, Kangana has done a lot of action scenes in the film and till now everyone felt that all the scenes were shot by Kangana herself but it is not so. Kangana has resorted to body double for these scenes. Fans are also upset about this. At the same time, the fans of late actor Sushant Singh Rajput say that at the time of Sushant’s death, the actress had claimed that Sushant must have come to know about some secret about the mafia of Bollywood, so pressure was created on him and big Bollywood mafia favored the actor. Got thrown out of the movies while doing the line. Now Kangana herself is building relationships with big stars.