Chandan Roy Sanyal, the eccentric villain of the film Sanak, took an hour for prosthetic make up 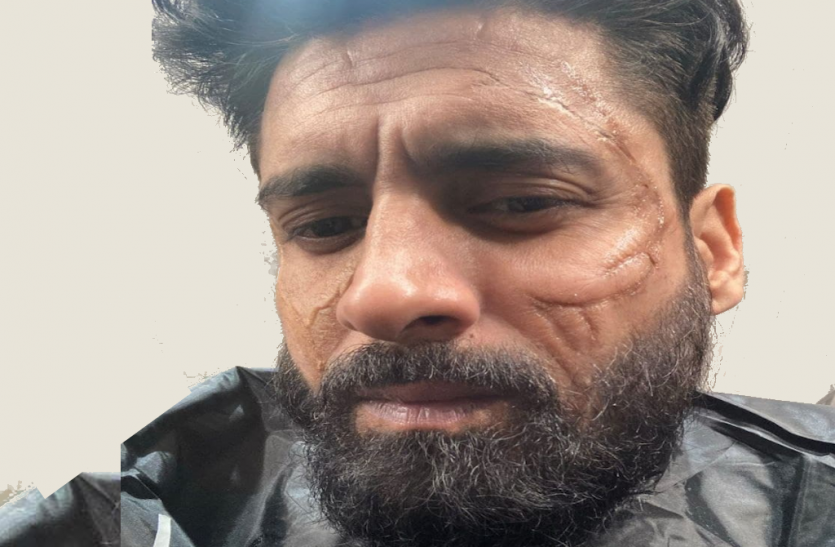 Sanak Movie: The trailer of Vipul Amrutlal Shah & Zee Studios upcoming film Sunak – Hope Under Siege features Chandan Roy Sanyal as a murderous villain and his menacing look is worth watching. After the overwhelming response to his performance in the trailer, Chandan opened up about his look. To make the eccentric villain’s look a reality, Chandan used to go for about an hour in prosthetic make up, which included many marks on his face and sharp hairstyle. Apart from getting into the character physically, the actor has also mastered the mentality of this power-hungry, unpredictable and dangerous villain, who is the mastermind behind the entire hospital captive. .

Actor Chandan Roy Sanyal explains about the preparation of the villain, “When I was reading the script of this film, it was in my mind that what kind of preparations I have to do for Villain of Sanak. The number of times I write the script. So many times I used to try to portray this character in different ways which could make it more alive.I had a feeling that the villain has to create fear among the people and I did enough to make it believable. I have worked hard. Prosthetic make up has helped me a lot for my look. During this it used to take me an hour, due to which it took me a long time to get into the role of villain, and once I get into that character If I used to enter, both the actor and the villain would emerge out very well.”

Chandan is garnering tremendous appreciation for his performance in the film’s trailer. In this film, he will be seen sharing the screen with action stars Vidyut Jammwal, Rukmini Maitra and Neha Dhupia in their upcoming film. Directed by Kanishk Verma, Sunak is an intriguing tale of events that begin with the siege of a hospital. This hostess drama will be streamed on Disney+ Hotstar on 15 October 2021.

On the work front, Chandan Roy will be seen in Sanyal Ashram Season 2.

ALSO READ  These actresses did not find love, then got married with someone else. These Actresses had many affairs but married someone else | AnyTV News

Ahmedabad: It is called good use of time, this child made two hundred sketches during the Corona period

Manushi Chhillar reveals why November is her luckiest month

Research claims, Nozzle Spray gives up to 8 hours of protection against all variants of COVID!