Did Bollywood really feel the curse of Sushant Singh Rajput?

by Amit Tripathi
in Entertainment
Reading Time: 4 mins read
5
A A 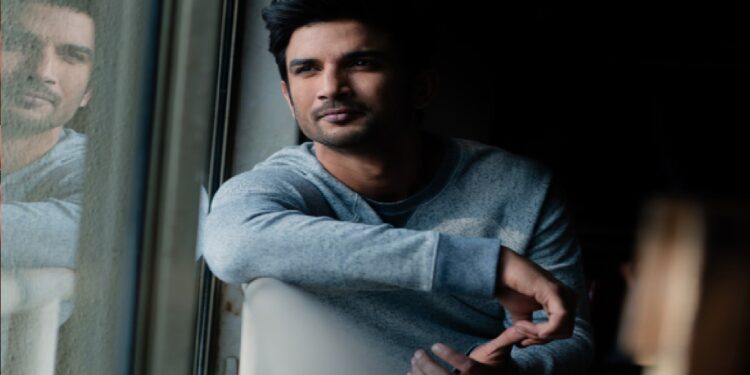 New Delhi. Late Bollywood actor Sushant Singh Rajput is no more in this world. The actor had died in his own house under suspicious circumstances. It is impossible for anyone to forget this moment. Sushant Singh’s fans constantly demand justice for him on social media. In such a situation, now once again a statement of Sushant is going viral in which he is talking about the collapse of Bollywood. Users say that Sushant had already hinted that one day Bollywood will be ruined. So let’s know when Sushant said all this and where it is being added.. know this whole equation.

Sushant’s fans on social media are making an old statement of the actor viral in which he is seen talking about nepotism. In the statement, Sushant is saying that if nepotism continues to be encouraged by ignoring such talent, then one day the industry will collapse. Users believe that this has also happened because since last year no film is able to make a good collection at the box office. Films of stars like Akshay Kumar, Salman Khan, Aamir Khan, Ajay Devgan, Kangana Ranaut, Amitabh Bachchan are getting beaten. Everyone knows that this year almost all the films have been boycotted indiscriminately. Every film of Akshay Kumar has been a victim of Boycott. Even Aamir Khan could not escape from this boycott.

Now his words becomes true and it will be forever we always.!!

No more given chance to play with our emotions.!!
SSR Hints At Bollywood Collapse
#BoycottBollywood pic.twitter.com/3Kasgl2XZ8

He was a self made superstar & that’s why were jealous of him because they can never match his level of intelligence & talent. That’s why they insulted him, conspired to destroy his career & killed him. Now Karma is answering.

They’re considered as pillars of Bollywood. They are making us fool since ages. Sushant predicted about dugg!wood one day it will collapse. Lal Singh Chadha has already retired, now it’s time for ‘Pathan’ and ‘Bhaijaan’.#BoycottBollywood
SSR Hints At Bollywood Collapse pic.twitter.com/mCbQ5wOntK

In such a situation, theaters had to suffer huge losses and makers are also thinking twice before making films with big stars. So has Bollywood really felt sorry for Sushant Singh? Fans of the actor are claiming that Sushant had already given a hint that this is going to happen. Apart from this, videos of Karan Johar are also going viral on social media in which he is seen making fun of Sushant Singh. In the video, apart from Karan, Alia, Parineeti Chopra, Sonam Kapoor, Shahid Kapoor, even Shah Rukh Khan are seen making fun of the actor.