Divya Agarwal will not be seen in Khatron Ke Khiladi 12, because of this she turned down the offer of crores? 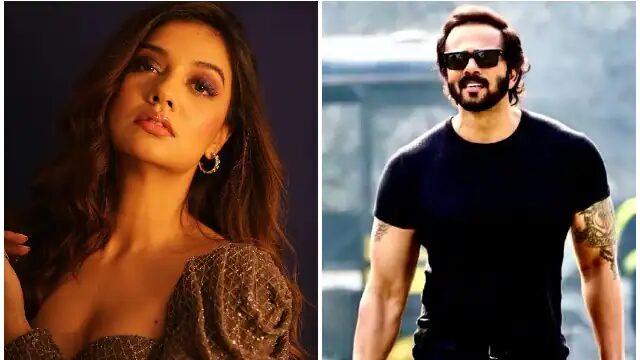 Divya Agarwal has no shortage of work ever since she won the title of Bigg Boss OTT. From web series to music videos, Divya Aggarwal has many projects at the moment. Divya Agarwal is constantly getting offers and recently her name was also associated with Rohit Shetty’s stunt based reality show Khatron Ke Khiladi 12. In an interview, Divya herself had said that she is scared of doing such a reality show, but if she gets a chance, she will definitely think about it. According to the latest reports, Divya Aggarwal turned down the offer of the show within minutes.

What is the reason?

Ever since Divya’s name has been associated with Khatron Ke Khiladi 12, fans were waiting to see her performing dangerous stunts on the show. A latest report by ETimes claims that Divya Agarwal will not be a part of the show. Sources related to the show have told the portal, ‘Due to the daredevil style, Divya was perfect for this show but due to the tight schedule it will not happen. Divya tried her best to get the dates but this year she has to complete many projects and in such a situation it was not possible for her to say yes to the makers.

These people will participate in KKK12

This time Rohit Shetty’s show Khatron Ke Khiladi 12 Many famous artists are going to take part in it. Many actors including Shivangi Joshi, Sriti Jha, Rubina Dilaik, Tusshar Kalia, Rajeev Adatia, Prateek Sahajpal and Mohit Malik will be seen beating the dangers in the show. For the time being, Divya Aggarwal will not be seen in this show anymore. Talking about the work front, recently his new music video was seen in Bechari. Karan Kundrra was seen with her in this song.