Due to poor health, he was fired from the job of watchman, now he has become a Bollywood star. Nawazuddin Siddiqui worked as Watchman before becoming Bollywood Actor | AnyTV News

by AnyTV
in Entertainment, Latest News
Reading Time: 8 mins read
1
A A 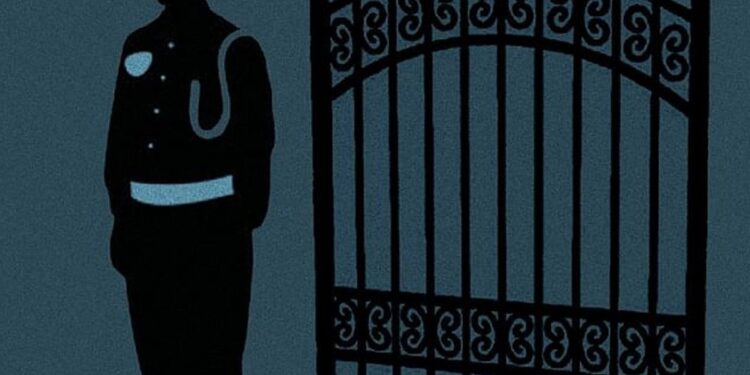 If anyone wants to learn from someone to come to the world of Bollywood and get his acting iron, then he should learn from actor Nawazuddin Siddiqui. If you want to earn your name in Bollywood, then a lot of hard work has to be done for it and you can easily guess this by looking at the struggle of the actors.

Nawazuddin Siddiqui may be counted among the best actors of the industry today, but the journey to reach here has not been so easy for him. Before joining films, he used to work in a chemist’s shop. After this he moved to Delhi, where he worked as a watchman for one and a half years. Later he came to Mumbai. Here he did small roles in Bollywood films and after a lot of struggle, today he has been able to make his own place in Bollywood.

Was fired from the job of watchman due to ill health, now he has become a Bollywood star

If the list of best actors in Bollywood is prepared, then Nawazuddin Siddiqui’s name will definitely be included in it. Due to his superb acting, he has been in the hearts of the fans for a long time. But Nawazuddin has also worked hard to reach here. Today even though there is no dearth of his fans, but there was a time when he had to do chowkidari to run his daily life.

Let us tell you that Nawaz’s father was a farmer. Nawazuddin Siddiqui, who was fond of films since childhood, used to deposit money and go to the city to watch movies. To fulfill this dream, Nawazuddin Siddiqui made Mumbai his home. For 5 years, he struggled a lot in the city of dreams, Mumbai. He also faced many rejections due to not being very good in appearance. But it is said that the fruit of patience is sweet, Nawaz finally got a job in a film and he worked in it. People became his fans due to his acting. It took him 12 years to get a big role in the film. But when he got the job, within a few years that actor got his acting iron from the country to abroad.

Born in the small town of Budhana in Uttar Pradesh, Nawazuddin Siddiqui’s appearance is like any common Indian, but the acting skills are excellent. But his luck will bring him to this juncture today, no one had thought. When Nawaz was young, there was no TV in his house, leaving all the work, he used to go to other’s house and watch TV and from here the dream of becoming a hero took place in his mind.

According to Nawazuddin, he was the eldest of eight siblings and did his graduation in science from a university in Haridwar. He reached Delhi in search of a job and there he saw the play for the first time. He liked drama so much that he made up his mind to work in films. After this he took admission in National School of Drama and acted in drama.

He completed his acting studies from the National School of Drama, after which he moved to Mumbai to try his luck. Nawaz himself never expected that he would become so famous. Nawaz had taken admission in acting school somehow, but he did not have a house to live in, so he came here and took the job of a watchman. Nawaz got this job but physically he was very weak. That’s why he often used to sit on duty. This was the reason that he had to lose his job after seeing the owner.

Nawaz was ready to go through anything during his days of struggle. Nawaz shifted to Mumbai in 1999. After coming to Mumbai, he did not feel any shame in doing small roles like waiter, thief and informer. The actor played these small roles in films like ‘Shool’, ‘Munnabhai MBBS’ and ‘Sarfarosh’. Due to not filling his mind with small roles, Nawaz tried his hand in TV serials but he did not get anything there too.

He would have got a role somehow, but his initial days in the industry went through a lot of difficulties. His acting used to be limited to Pokemon and Dhammaar. But he did not give up and kept hoping that at some point he would definitely get a big role. There came a time when they did not even have money left to eat food. He even once felt that now he should go back to the village, but he would stop thinking that after all, he would go back there with his face.

Once director Anurag Kashyap saw a Hindi play of his. Impressed by his acting, he was offered a slightly bigger role. Nawaz played this role very well, that’s where he started getting success. Due to getting good and big roles, his money problem was reduced to a great extent, but he was not satisfied with this and was giving his best.

Seeing Nawaz’s passion, Anurag Kashyap thought of making him a side star, and signed him for the lead role in ‘Gangs of Wasseypur’. What was it then, after this Nawaz did not look back. Nawaz had become a star after appearing in ‘Gangs of Wasseypur’. Be it Babu Moshai in ‘Bandookbaaz’ or Ganesh Gaitonde in ‘Sacred Games’, Nawaz has won the hearts of fans with all the characters. In fact, he has worked hard to reach the example of Nawaz given today.

‘Madhubala’, the beating of millions of hearts longing for true love, her own heart also ‘deceived’

After his hard work Nawaz built the palace of his dreams which took 3 years to get ready. Nawaz also currently owns luxury SUVs like Ford’s Endeavor and Mercedes GLS. Let us tell you that the net worth of Nawab is $ 20 million.

This Bollywood actor who sold churan-lottery has become a millionaire today, changed his name because of Anil Kapoor

Archana Keshari is currently working in the entertainment department of the magazine. She is providing her services in news writing for almost 3 years. Apart from creating news of entertainment world, he has experience of writing news of politics and crime. Prior to this, she has also given her services to organizations like News1India, Anjan TV, Zee News and Dainik Jagran.