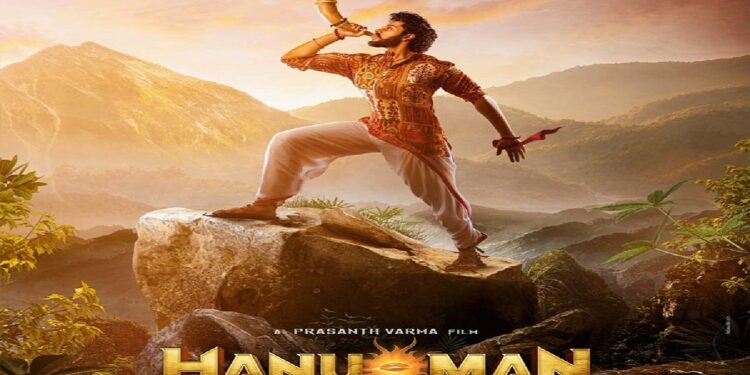 New Delhi. Manoj Desai, who is called the life of Indian cinemas, or rather the life of Mumbai cinemas, has given his statement regarding the upcoming film Hanuman. Let us tell you that the teaser of Telugu film Hanuman has been released just two days ago. Prashant Verma is making this film. Where the film based on Shri Pawanputra Hanuman ji is now to be released. At the same time, the discussion of this film was going on for a long time and ever since the teaser of this film came, the praise of the film has increased even more. The audience who were not aware of the film have got excited about the film since the teaser came out. The enthusiasm of the audience is at its peak for the film Hanuman, while Mumbai’s famous exhibitor Manoj Desai has said what has been said for the film Hanuman and for its release teaser, here we will tell the same.

Further Manoj Desai says, “Years ago a film came out in black and white called Pawanputra Hanuman. At that time people went mad after seeing him. I am sitting with huge expectations from this film. I welcome this film which is coming on the big screen with the latest technology.” While Manoj Desai pointed out the flaws in Adipurush’s character of Hanuman, he praised Kartikeya 2 film and said that Kartikeya 2 film had given him many houseful shows and he is hopeful that Hanuman film is also going to be a tremendous superhit film.

In such a situation, when the film Hanuman is being praised from all sides, now the audience is waiting for the trailer and release of this film. It is expected that soon this film will be released in theaters in Hindi along with other languages. Talking about the teaser, both the writing and visuals of the film are amazing.