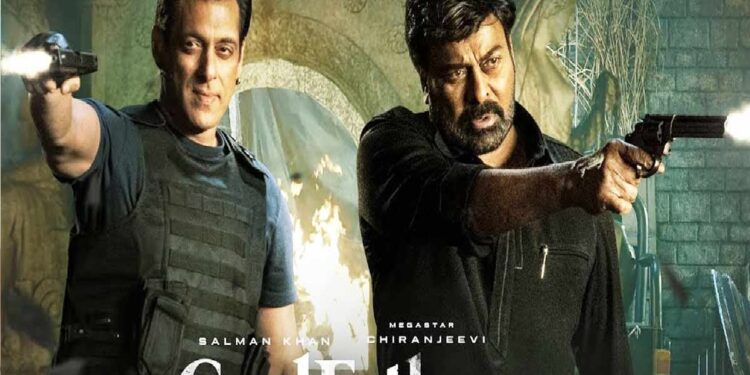 The film has been released in theaters today i.e. on 5 October. Fans are very fond of the film. ‘Boss is Back’ and Godfather is trending on social media. Fans are very happy to see the chemistry of Salman and Chiranjeevi. It is also necessary to be happy because for the first time ever got the opportunity to see two godfathers on the same screen. Commenting on one user wrote – ‘Boss is back with Godfather. Another user wrote – It was a pleasure to see Salman and Chiranjeevi together. Another user wrote – ‘Bhai’s cameo in the film made a big splash… that’s why we call him the father of mass.

#GodFather
BOSS IS BACK

Brother Cameo in #GodFather is getting superb positive response, that’s why call him the Baap of Mass??#MegaStar #SalmanKhan

Let us inform that this film has been produced by Jayam Mohanraja. Chiranjeevi is in the lead role in the film. Chiranjeevi is seen in tremendous swag in the film and the fans are also liking the actor’s swag. The floating comments on social media are telling the feelings of the fans very well. It is worth noting that now the actors of Bollywood and South are being seen together. At the time of the release of the film Brahmastra, megastar director SS Rajamouli himself took charge of the promotion.