Fans were eagerly waiting outside Mannat on the day of birthday, then fake Shahrukh Khan entered 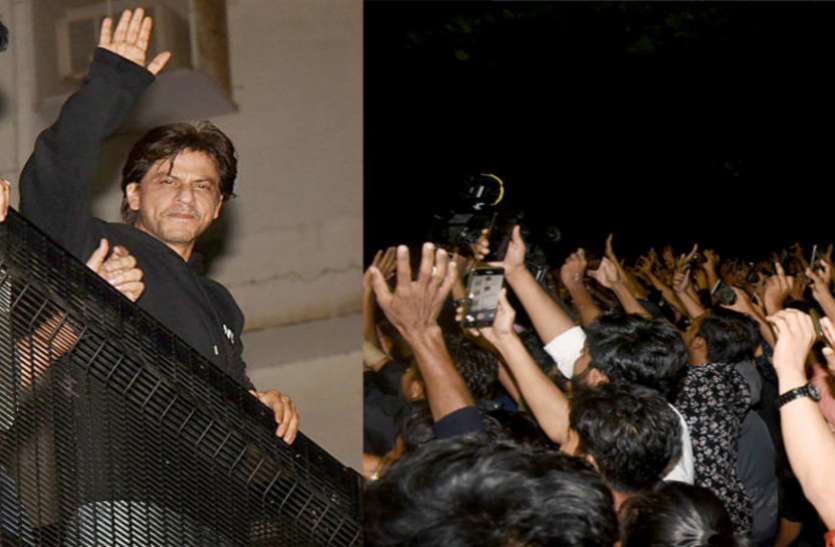 New Delhi. Shahrukh Khan, who is called the King of Bollywood, remains in the headlines every day. He has a fan following all over the world. He has been ruling the film industry for many decades. His films do business of crores at the box office. This is the reason why he has a fan following in millions. Shahrukh celebrated his 56th birthday on 2 November. On this special occasion, along with the celebs, the fans also congratulated him on his birthday. At the same time, many people had gathered outside Shahrukh’s house Mannat.

Actually, every year on the occasion of Shahrukh Khan’s birthday, thousands of fans gather outside his house. They are desperate to catch a glimpse of King Khan. After which Shahrukh comes to the balcony of his house and meets the fans. This time also the fans had gathered, although Shahrukh did not come out but the entry of a fake Shahrukh Khan caught everyone’s attention.

A video is becoming quite viral on social media. In this video, it can be seen that a man takes advantage of the crowd and enjoys the life of Shahrukh Khan for a few moments. In the video you can see that a crowd of fans has gathered outside King Khan’s house and the police try to keep the roads clear. During this, a car comes in which a person is coming out of the sunroof of the car and thanking his fans like Shahrukh Khan.

ALSO READ  Bigg Boss 15 is getting blown up, the fans said such a thing

He greets people by waving both his hands. This video has been shared by voompla. While sharing the video, the caption read, ‘It’s not SRK, but it took advantage of the crowd to enjoy its own SRK moment!! Visuals from outside Mannat last night as fans thronged for King Khan’s birthday…! This video is now becoming quite viral on social media. Let us tell you that this birthday was very special for Shahrukh Khan. Because his elder son Aryan Khan got bail in the drugs case after 28 days.

Despite being from the royal family, Saif Ali Khan used to do this job in a company