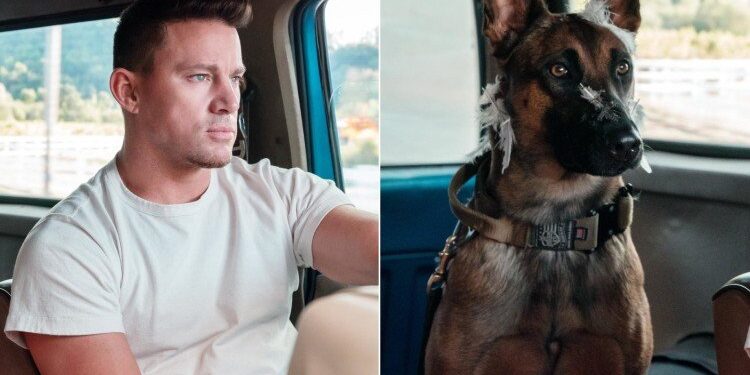 There is good news for all dog lovers. Channing Tatum’s film ‘Dog’ is going to release in India on March 11 this year. Indian audience was eagerly waiting for this film. Animal lovers will absolutely not want to miss this movie. ‘Dog’ is the story of a friendship between a former army ranger and a dog. Along with tickling you, this movie also gives you the message of animal love.

Hollywood star Channing Tatum will be seen on screen after five years in this film. Earlier, he has appeared in films like ‘Magic Mike’, ’21 Jump Street’ and ‘Dear John’. Now the Belgian Melinois, the dog, will be seen as a co-star with him. Talking about the story of the film, this story is about an army squadron dog. Who has served in Iraq and Afghanistan. Tatum plays US Army Ranger Jackson Briggs in the film. Whose job is to take Lulu to the funeral of her handler, who was also Briggs’ best friend. Briggs, who hated the dog, had to take the dog with him. The film tells about a man and his true friend.
Film based on documentary

Tatum co-directed the film with partner Reed Caroline. The film is based on the 2017 HBO documentary. The name of the documentary was ‘War Dog: A Soldier’s Best Friend’. The story of the film tells about the life of soldiers after the war. The film depicts PTSD, serious injuries, personal and post-war conflict. It also explains the effects of trauma on a service dog.

‘Dog’ is a comedy film directed by Reed Caroline and Channing Tatum. It also tells the story of an army ranger, who are forced to go on a road trip together against their will. Army Rangers Briggs (Channing Tatum) and Lulu (Belgian Melinois dog) become trapped in a 1984 Ford Bronco. Then it will be great to see what the two do to make it to the funeral of a fellow soldier on time.

Who is Channing Tatum

Channing Tatum’s full name is Channing Matthew Tatum. He is an American actor, film producer and model. Tatum made his film debut with ‘Coach Carter’. Tatum then appeared in the lead role in ‘Step Up’. He has since appeared in Fighting, Public Enemies, Dear John and The Wove.

IOC Surya Nutan Stove: IOC is bringing solar stove to get rid of LPG, will be able to cook all three times

IOC Surya Nutan Stove: IOC is bringing solar stove to get rid of LPG, will be able to cook all three times