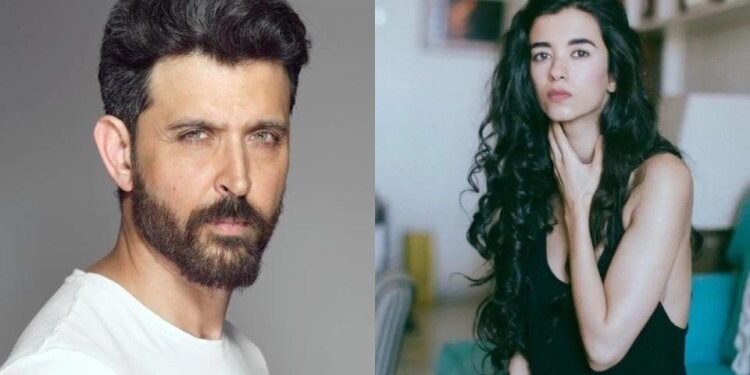 Actor Hrithik Roshan, who is called the handsome hunk of Bollywood, is in discussion these days about a special friend of his. Actually, since the pictures of Hrithik Roshan with actress Saba Azad surfaced, speculations are being made of the two dating. Apart from the dinner date, Saba is now also seen with Hrithik’s family members. In such a situation, fans are now assuming that Saba has become very close to Hrithik Roshan as well as his family. Meanwhile, now the news of the marriage of both of them on social media also seems to be gaining momentum. In such a situation, now Hrithik and a friend of the gathering have told the truth on this whole matter.

A close friend of the actor has made many revelations while talking to a website about this. Hrithik’s friend told that both of them like each other. Hrithik’s family has also liked Saba. The actor and his family love Saba’s music. Recently, Saba also went to the actor’s house, where a musical session was also held, which was thoroughly enjoyed by all. During this, the actor’s friend also told that both are with each other, but they are not in any hurry right now.

After this revelation made by Hrithik Roshan’s friend, now the fans are expecting some good news from Hrithik and Saba Azad soon. At the same time, earlier Saba Azad had also ignored the question made on the news of her relation with Hrithik during an interview. According to media reports, Saba was called for an interview sometime back.

During this, the actress talked properly in the beginning, but as soon as she was asked a question about Hrithik Roshan, she replied saying – Sorry, I am in the middle of some work. I’ll call you later. The report claimed that later Saba’s call back did not come. However, during this time he neither denied nor accepted his relationship with Hrithik.

According to media reports, Hrithik Roshan and Saba Azad met for the first time on an online dating app. However, their friendship started with Twitter. At the same time, if reports are to be believed, Hrithik and Saba are dating each other for the last two-three months. On the work front, actor Hrithik Roshan will soon be seen in the film Vikram Vedha, while Saba Azad was last seen in Sony Liv’s web series Rocket Boys.

Blood pressure should not go above this level in diabetic patients, these problems may increase

Blood pressure should not go above this level in diabetic patients, these problems may increase