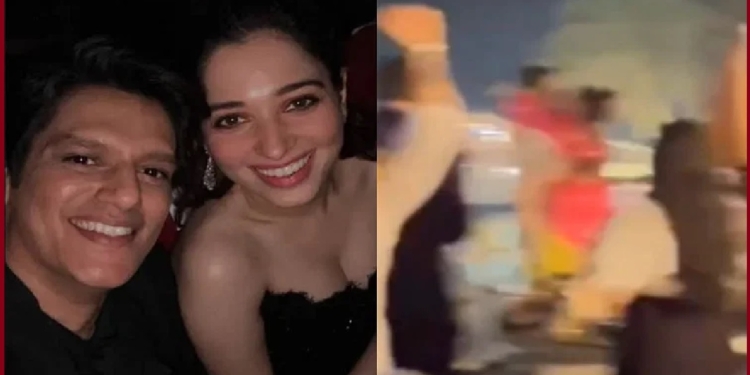 New Delhi. Bollywood industry is such a world in which every small and big update of the life of the actors and actresses associated with it comes among the people. Which actor has bought a house, which actress is having an affair, a rift is going on between a couple, everything comes to the fore on social media. Even at this time, there is a lot of discussion about two Bollywood actors. The two actors we are talking about are Bollywood actor Vijay Varma and actress Tamannaah Bhatia… these days the news of their affair dominates the social media. Although till now there was no talk about both of them being in their relationship, but now actor Vijay Verma has given such a reaction regarding Tamannaah Bhatia on social media (Vijay Varma Reacts On Tamannaah Post), after which once again there are discussions about both of them. It has become faster.

Actually, actress Tamannaah Bhatia shared a video on her official Instagram account. In this video, Tamanna Bhatia was seen wearing different red colored dresses. Every look of the actress looked amazing in the video. Sharing this video on her Insta account, Tamanna wrote, ‘Beautiful clothes and beautiful places make the most beautiful pictures’.

Every look of the actress looked amazing in the video, in such a way even the fans could not stop themselves from praising her. Among those who commented on the pictures of the actress was actor Vijay, who posted fire emoji as well as fire extinguisher and brigade emojis for the pictures in the comments section. Now when the actor commented on Tamannaah Bhatia’s social media post, the news of their affair got strengthened. People are commenting and saying that both are in a relationship. Fans say that both want to keep their secret.

Well let us tell you that some time ago a video of the New Year party was going viral. In this video, a couple was seen kissing. It was being claimed that the couple kissing in the video is none other than Vijay and Tamannaah Bhatia. However, the anytv does not make any claim regarding the video. Now it has to be seen when these actors will come forward and tell the truth of their relationship in front of the people.