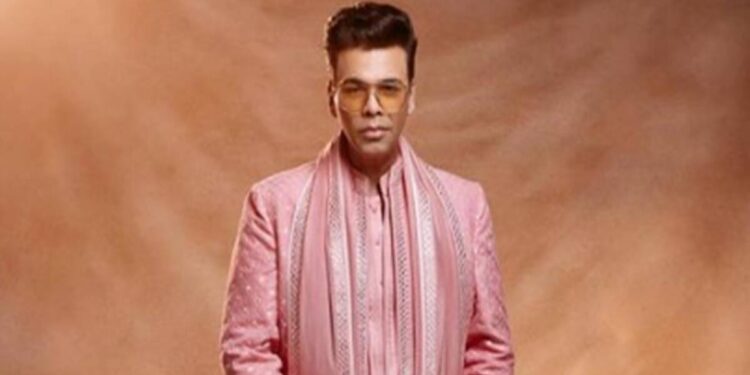 Filmmaker Karan Johar on Wednesday said the seventh season of Kaafi With Karan will air directly on Disney Plus- Hotstar instead of on television. The filmmaker, who serves as the host of the popular celebrity chat show, shared the news on Twitter, hours after he announced that the show was ending in a misleading tweet.

The filmmaker wrote in a statement on his social media handle, “Kafi with Karan will not be back… on TV! As every great story needs a good twist, I am happy to announce that Season 7 of Kaafi With Karan will stream exclusively on Disney Plus- Hotstar. Johar further added that the biggest film stars from across India would return to the couch to spill the beans after drinking a lot. The program, which started on Star World TV channel in 2004, has had six editions till 2019.

Earlier in the day, the filmmaker posted a statement in which he claimed that the show is ending after six editions. But it turned out to be a ploy to grab everyone’s attention. Karan, 49, had tweeted earlier in the day, “Kaafee with Karan has been a part of me and your life for six seasons. I think we have made an impact and carved a place in cultural history. And so, with a heavy heart I want to tell you that the new version of Kafi With Karan will not come….

Aamir Khan’s daughter Ira opens up on her mental health

Bollywood actor Aamir Khan’s daughter Ira Khan says she is battling with mental illness and has started having anxiety attacks ‘almost every day’ and feels ‘very helpless’ after the attack. Ira wrote a lengthy post on Instagram on Saturday, in which she elaborated on her experiences of facing mental health issues.

In fact, Ira had revealed herself to be suffering from depression and other mental problems in 2020. Ira wrote, ‘I have started having anxiety attacks. I get nervous and worried. And I get very restless. After that I start crying. But, I have never faced this kind of problem before. Ira (24) said that she sometimes has trouble breathing and also has to face the problem of rapid heartbeat. She says, ‘Crying together also comes a lot. It happens slowly.

Looks like something very bad is about to happen. She says that anxiety attacks mostly occur at night and she can’t sleep as she tries to identify her fears, talks to herself. But Ayra also reveals that her boyfriend and celebrity fitness trainer Talking to Nupur Shikhare gives them relief and also helps them to cope with anxiety attacks.

Stock Market Closed: Good news from the stock market, Sensex and Nifty jump, know the condition of the market