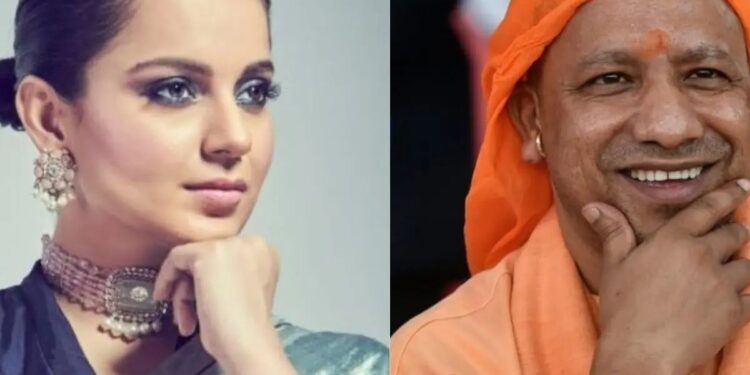 These days there is a lot of discussion about the ongoing elections in Uttar Pradesh. Many politicians and actors are appealing to the people to cast their votes. Now the name of Bollywood’s outspoken actress Kangana Ranaut has also been included in this list. He has now posted a video of himself on Instagram supporting the BJP. He extended his support to the Yogi Adityanath government of the ruling BJP and appealed to his fans and fans in the state to exercise their right i.e. to vote.

In the video shared on her Instagram account, Kangana said, ‘Hello friends, we all know that elections are going on in Uttar Pradesh. Vote is our only weapon in this election Kurukshetra. Remember that we have to bring back our favorite Yogi Sarkar again, so vote wholeheartedly. Do bring 3 to 4 people with you.

Kangana is seen wearing an off-white color suit in the video. Posting this video, Kangana wrote in the caption, ‘This record of Vijay is not broken, not a single vote is missed. Long live Rama.’

Bollywood actress Kangana Ranaut remains in the limelight due to her outspoken statements more than her pictures and films. She often says something like this. Due to which comes in discussion. On which he has to face trolling along with appreciation from the people. Along with this, many times he has also been accused of supporting the Bharatiya Janata Party. On which Kangana did not talk openly before. But in the meantime this video of him has surfaced. In which she is clearly seen supporting BJP. This video of him has become viral as soon as it comes on social media. Along with this, people are also reacting fiercely.

Read also: Pushpa actress Rashmika Mandanna opened a big secret about her marriage, said – ‘There is such a person in my life…’

Read also: This Bollywood actor swore, said – If Yogi Adityanath wins in UP, then India will never come back

GST Council Meeting: 47th meeting of the GST Council from today, there may be changes in tax rates, the central government would like to end the system of compensation