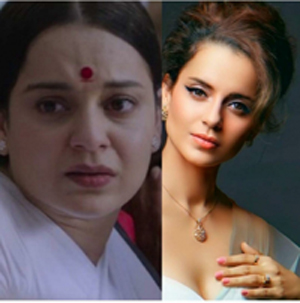 Mumbai, Sep 27 (IANS)| Actress Kangana Ranaut has talked about how her weight adjustment for her latest ‘Thalaivi’ has caused various problems in her body, and has left deep stretch marks on her body. For her role in the film based on the life of late Tamil Nadu Chief Minister and former actress J Jayalalithaa, Kangana had to gain 20 kgs and undergo major physical changes several times.

‘Thalaivi’ depicts various aspects of Jayalalithaa’s life, from her young age as an actress to becoming the face of Tamil cinema as well as her rise to a revolutionary leader who changed the course of state politics. . Talking about her upcoming work, Kangana currently has ‘Dhaakad’.

She is also shooting for her next film Tejas, in which she plays a fighter pilot. The film takes inspiration from the historical event. Tejas is directed by debutant Sarvesh Mewada. The film will be RSVP’s second film to pay tribute to the Indian Army after the hugely successful film ‘Uri the Surgical Strike’ which released in January 2019.