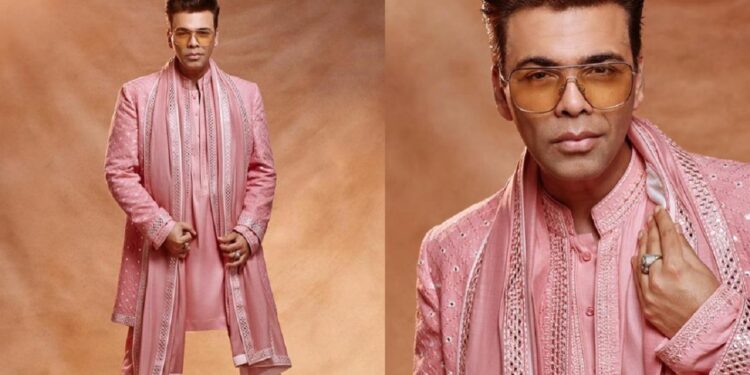 New Delhi. Karan Johar, one of the most successful filmmakers of B-town, is celebrating his 50th birthday today. As we all know, Karan belongs to a film family and his childhood was also spent amidst the glitz of Bollywood. Karan started his career as an assistant director. Karan’s first film as a producer was ‘Kuch Kuch Hota Hai’ in the year 1998. Shahrukh Khan, Kajol and Rani Mukerji played the lead roles in this film. Karan Johar is not interested in any identity today. Every actor is eager to work in his films once, but Karan Johar is often accused of promoting star kids more. People believe that Karan is promoting nepotism in Bollywood. Now only Karan Johar can tell how right and how wrong these things are. However, on the occasion of his birthday, we are going to tell you about an interesting anecdote related to his life.

Karan’s controversies have been with his bosom. Karan Johar is known for his impeccable style in Bollywood. Karan often gets embroiled in controversies with his statements. This time also something similar happened when Karan reached Neha Dhupia’s talk show ‘No Filter with Neha’. Here Karan made some such revelations about himself, which you will also be shocked to hear. Karan Johar told that he changes his underwear thrice a day. Because of this change underwear so often

In the show, Neha asked Karan that when you were going to Europe, you were seen with 14 bags at the airport. Any person does this when he has to leave the country and go to settle in another country. On this Karan told that ‘I was going to London for 3 days and the weather there was strange. I didn’t know what clothes to wear. At that time it was going to be cold in London and the summer season was about to come. So I was very confused whether to keep warm clothes or winter clothes or some light clothes. After this, Karan told that I also keep more undergarments with me, because I do not have time to wash them.

The real punch came when Karan told that I change my underwear thrice a day because I feel like my body parts will stay in the same clothes throughout the day. I feel very sorry for them. So I change my underwear 3 times a day. Upon hearing these words, the host of the show Neha Dhupia burst into laughter.

Well, this is not the first time that Karan has given some strange and unique statement. Karan often remains in the headlines by making such statements. Well today, on the occasion of birthday, many wishes to Karan Johar from Newsroom Post.