Kareena Kapoor: Did Kareena Kapoor really increase the fees for the role of Mother Sita, know the whole matter 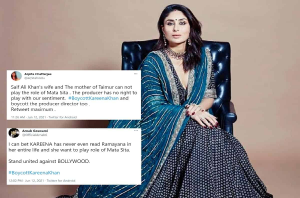 New Delhi. Kareena Kapoor’s film Laal Singh Chaddha is going to release soon. In this film, Kareena Kapoor will be seen opposite Aamir Khan. Whenever there is talk of this film. Then the boycott campaign going on regarding this film is remembered. Kareena’s journey has not been easy for the last few weeks, some video of her is going viral which is being trolled a lot on Twitter. Now-a-days is the age of internet and anything on the internet goes viral anytime and when any news becomes viral then it spreads in such a way that its discussion starts happening on every street, crossroads and nooks. A few days ago, similar news broke that Kareena Kapoor is a part of a mythological film Ramayana in which she will play an important role but she has increased her money for this film. When such news broke, people immediately started trolling him. Here we will try to know this matter clearly and tell what Kareena has said about this matter?

Last year, Kareena Kapoor Khan was embroiled in a controversy when news spread that Kareena Kapoor had increased her fees to play the role of mother Sita. According to this news, Kareena has demanded Rs 12 crore to play Sita Maa in the epic Ramayana film. After this, she was trolled from all sides and some people even said that due to this incident of Kareena Kapoor, people’s religious feelings have become habit. After this news many controversies took birth and the debate continued.

Now Kareena Kapoor denied all these things during an interview given to Zoom and she said, “I do not understand so much, where do I come from in these stories. These are all made up stories. I don’t want to bring anyone down because maybe they need these kind of stories. Every day people are interested to know such stories but I do not understand where do these stories come from. 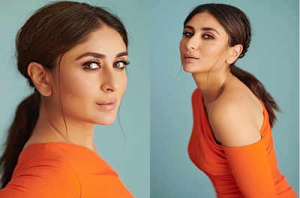 Apart from this, Kareena said, “She has more work to do, not only that she has to give clarity to people about these stories. Apart from this, Saif Ali Khan is playing the role of Lankesh in the film Adipurush. This film is also inspired from Ramayana.