Karthik Aryan’s appearance in ‘Aap Ki Adalat’, many serious allegations are going to be made against the actor in the courtroom 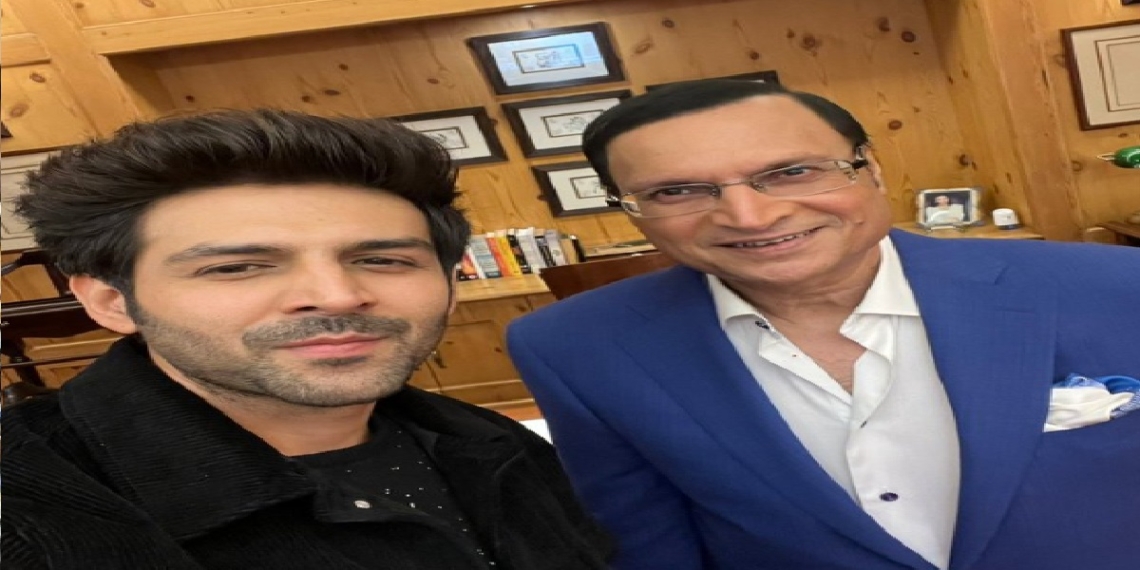 New Delhi. Bollywood’s chocolate boy Karthik Aryan has so far been making everyone laugh on screen with his comic style, but for the first time you are going to see Karthik in a serious avatar. It is also necessary to be serious because it is impossible for anyone to laugh in Rajat Sharma’s show ‘Aap Ki Adalat’. Yes, Karthik Aryan is going to appear in the next episode of ‘Aap Ki Adalat’. So let’s know the complete details of Karthik’s entry in the show.

Karthik Aryan is going to appear in the next episode of ‘Aap Ki Adalat’ and he is going to promote his upcoming film Shehzada there. The show will be seen on Saturday i.e. January 21 at 10 pm. A promo has also been released in which Karthik is saying that the man who always laughs is going to be serious and at the same time a little excited too, because it is the first time na… I hope everything goes well. This promo of Karthik has made the excitement level of the fans very high. Now it is getting difficult for the fans to wait for the show.

Will Karthik Aryan get trapped in Rajat Sharma’s maze?

OMG!!! What an intro! Isn’t this for us #shehzada @TheAaryanKartik #KartikAaryan creating full dhamaal and soon in Aap Ki Adalat pic.twitter.com/LzcpEcVcn4

My debut on legendary @RajatSharmaLive ‘s show #AapKiAdalat 🤗 Grown up watching this iconic show and it’s an honor to be a part of it 🙏🏻
I must confess It was tough to face the heat! @indiatvnews pic.twitter.com/11GmYa2JAt

Shehzada is finally at the strongest show #AapKiAdalat 👑 I’m so happy to see the recognition he’s achieving ❤️#KartikAaryan pic.twitter.com/uMCrXOK1NR

Actor’s film will be released on February 10

Kartik’s film Shehzada is also slated to release next month on January 10 and the actor is leaving no stone unturned to promote the film. Let us tell you that many Bollywood stars have participated in this show, including Kangana Ranaut, Akshay Kumar, Hema Malini, Amitabh Bachchan, Govinda and Shah Rukh Khan. In the show, many funny questions are asked to the stars and serious allegations are made. Significantly, now Karthik is soon going to shift to Shahid Kapoor’s house as he has taken the actor’s house on rent for 7.5 lakhs for three years.