Kriti Sanon broke silence on the news of link up with Kartik Aaryan, said- I wish my life too… 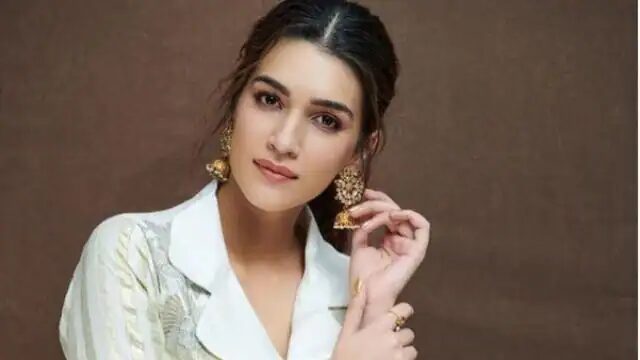 Recently, news was going on in the Bollywood corridors about the love affair of actress Kriti Sanon and Kartik Aaryan. Both were spotted together. Apart from this, both often keep posting photos and videos with each other. Sometimes Kriti comments on Karthik’s post and sometimes the actor on the actress’s post. Since then, the discussions about the link-up of both are going on in full swing. But now Kriti has broken the silence on this whole matter and has revealed about the relationship. While talking in the interview, Kriti also told what is going on in her life.

Talking openly about her relationship with Kartik Aaryan in the interview, Kriti Sanon said, ‘People should get the right information. I don’t know if social media is good or bad for us. Because people often start talking mixed things on this. If you ask me about small rumours, it doesn’t bother me at all. Just what you guys feel I wish my life was as interesting as it seems.’

On spending eight years in the film industry, Kriti says, “I am currently busy with many of my films. A celebrity becomes a well-known face and then many things are talked about. Sometimes these things bother you. Like sometimes some things are written about us, which we are not or what we speak is examined.

part of many films

Kriti Sanon says, ‘The good thing is that whatever is written about me gets removed quickly. Because people’s memory is very short. Like success and failure are not always the same. tell me, Kriti Sanon last film Bachchan was seen in Pandey. Akshay Kumar and Arshad Warsi were in lead roles along with Kriti in the film. After this, the list of films with the actress includes Shahzada, Ganpath, Bhediya and Adipurush.