Learn how Fahad Faasil became an actor because of Irrfan 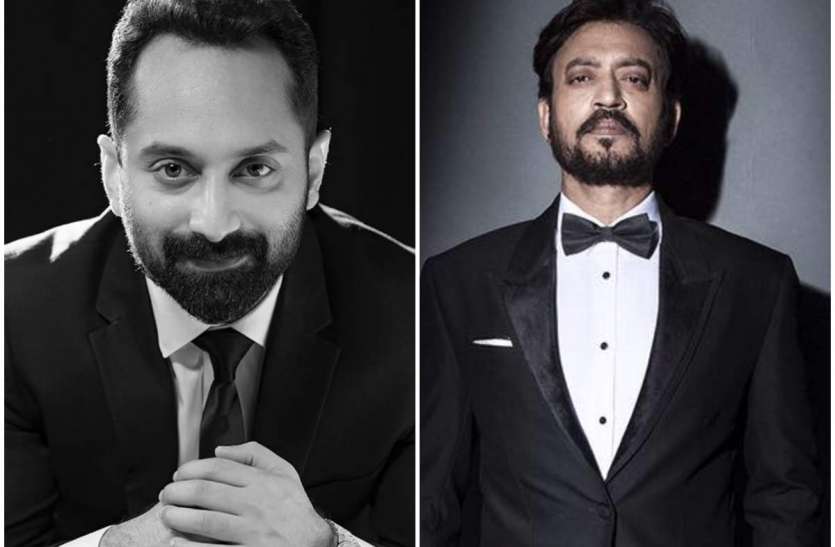 Everyone is crazy about Irrfan’s acting. But Fahad Fasil never met or talked to him. Yet how Irfan Khan became the idol of Fahadh Faasil. This story is of Fahad Fasil’s college days.

Fahad was studying engineering from America. In those days he had a friend named Nikunj. Both loved watching Indian films. But there was no arrangement to watch Indian films around. There was a Pakistani grocery shop near the college campus.

ALSO READ  It took 3 years to shoot this 3-minute scene of Sholay, Amitabh Bachchan told the reason behind it

Let us tell you that this was the only film that was directed by veteran actor Naseeruddin Shah. The film started and shortly after the entry of a character named Salim Rajabali. Fahadh’s eyes got stuck on that character itself. Such that there was no sense of the narrative of the film.

In Salim, he was looking at an actor who was stylish, charming. Fahad fell in love with acting in this character. Fahadh asked who is this actor? Got the answer from the front, Irrfan Khan. Fahad had never heard this name before. But after watching the film, this name never came out of his mind. Further, Irfan’s films were watched by searching. He didn’t care about the story. He just used to see Irrfan doing his wonders on the screen.

It was only after this that Fahad planned to pursue his fate in acting. And left the engineer and returned to India. Try your hand at acting. After that, after a long struggle, Fahad Fasil is not interested in any identity today.

Irfan had changed Fahad’s life. Whatever artist he is today, he gives credit to Irrfan. Give the DVD taken on rent from that shop. But a regret remained in Fahd’s mind. Never met the man who changed their lives. Couldn’t thank you.

Is Keshav Maurya in the race for chief minister in the 2022 assembly elections as well? Learn

Shruti Sharma: Now it is easy to get work in TV

Omar Abdullah told UP the new Jammu and Kashmir, so people asked him the same question