Madhuri Dixit Birthday: Dr. Nene showered a lot of love on his wife, told Madhuri the most beautiful woman in the world 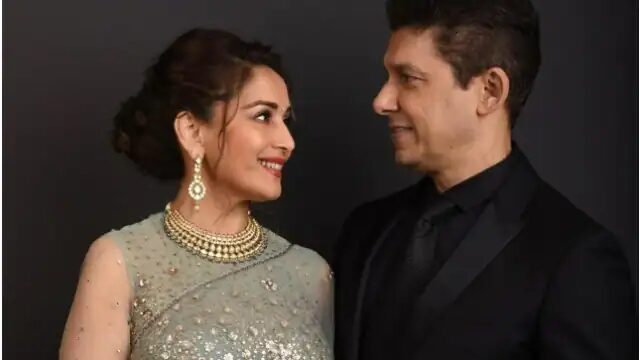 Madhuri Dixit, the Dhak Dhak girl of Bollywood is celebrating her 55th birthday today. Madhuri Dixit, who has appeared in many hit films, has fans not only in the country but also abroad. Even today his films and songs get a lot of love from the audience. At the same time, Madhuri gave her heart to Dr. Shriram Nene. At the height of her career, Madhuri surprised everyone by marrying Sriram Nene on 17 October 1999. On this day of Madhuri, from all the celebrities to the fans, everyone is wishing her the best. At the same time, Madhuri’s husband Dr Nene has also made her feel special.

Actually, Doctor Nene has made a special post on the occasion of his wife Madhuri’s birthday. Dr. Nene shared a beautiful picture with Madhuri and also wrote a love note. Dr. Nene wrote, ‘Happy birthday to the most beautiful woman in the world, my wife, my soul mate and my best friend. I love you so much and you deserve the best. I hope you have a wonderful year ahead and that we always be together. Happy Birthday Soulmates.

look lost in each other

All the celebrities as well as the fans have showered a lot of love on this loving post of Dr. Nene. Everyone is wishing him a happy birthday. At the same time, Madhuri has posted her husband’s heart emoji and expressed her love. It can be seen in the picture that Madhuri is wearing a gray sari, while Dr. Nene is wearing a black suit and both are seen lost in each other’s eyes.

It is worth mentioning that Madhuri once again made a comeback on the big screen with ‘Aaja Nachle’ in 2007 but the film did not get that much love. After this she was seen judging many films and TV shows. Recently Madhuri was seen in the series ‘The Fame Game’. Now soon she will be seen in ‘Maja Ma’ web show.