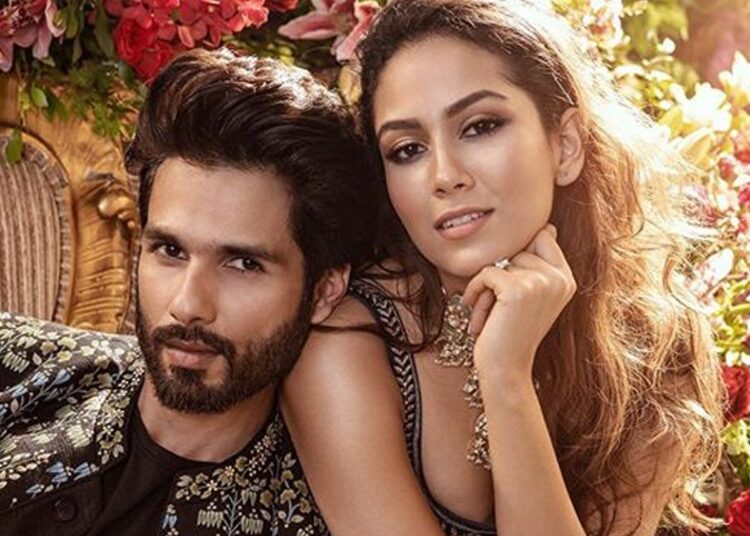 Mira Rajput, wife of Bollywood’s chocolate boy Shahid Kapoor, is undoubtedly away from the film world. But she competes with many Bollywood actresses with her fashion sense. Mira Rajput is very active on social media and she often shares her bold and hot pictures among people. He has a huge fan following on social media. This is the reason that whenever Meera shares a post, it becomes viral in no time. Well, there is no doubt that Mira is very beautiful. At the same time, recently he has shared a picture on his official profile which is attracting a lot of attention of the fans. Even her husband has showered love on her picture.

Actually Meera has shared a photo on social media. In which he is wearing a light blue sweatshirt which has rainbow stripes. With her hair loose and smiling, she can be seen posing with her phone for a photograph. And he wrote in Campson that if you look down, you will not see the rainbow – Charlie Chaplin. Seeing this look of his, Shahid’s senses were blown away. He made a sweet comment with a heart-eye emoticon. At the same time, his fans are also very fond of this picture of him, and are expressing their love towards him by liking and commenting.

Earlier, Mira Rajput had also shared a very cute picture with her mother-in-law. Talking about Shahid’s film Jersey, it is a Hindi remake of the Telugu film of the same name. The original stars Nani and the Hindi remake stars Mrunal Thakur and Pankaj Kapur alongside Shahid. The film is directed by Gowtham Tinnanuri and supported by Aman Gill, Allu Aravind. It is all set to release on December 31, 2021.

Also read- It would have been better if Salman Khan would have launched a dog, people made such comments on the debut of Aayush Sharma

After Aishwarya Rai became Miss World, mother did this work to the actress

During the film, when the young man teased the girl sitting behind, the audience tasted it.