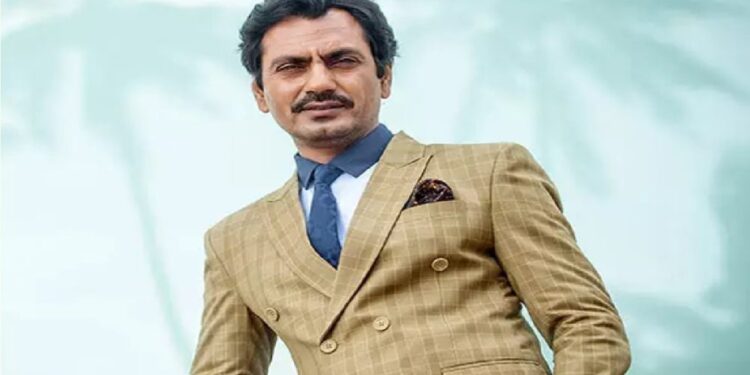 New Delhi. Bollywood actor Nawazuddin Siddiqui is known for his outspoken statements in the film industry. He often talks about the shortcomings and improvements of Bollywood. The actor has spoken on serious issues like apartheid, nepotism and racism in Bollywood. Now the actor has targeted Bollywood for the decreasing use of Hindi language in Bollywood. He said that we make Hindi films but feel ashamed to talk in Hindi language while this is not seen in South. Nawazuddin Siddiqui has said many things in an interview while taking a dig at Bollywood.

In an interview given to a big channel, Nawaz said that you are making a film in Hindi, but everyone from the assistant to the director is talking in English and the actor is unable to understand it. Is. He further said that it makes a difference on the performance of the actor… because half-and-half will be heard.. then the act will also be half. Poor actor doesn’t understand. Now actors like us who do not know English..they all keep watching but all this is not seen in the South because there is a sense of pride in speaking their own language. If a Tamil film is being made, everyone will talk in Tamil. If a Kannada film is being made, then everyone will talk in Kannada… then an atmosphere is created. This doesn’t happen with us here.

Truth be told, Nawazuddin Siddiqui… The work is of Hindi films and the work is of English. South filmmakers are not victims of this inferiority complex.#NawazuddinSiddiqui @rahuldev2 @anantvijay pic.twitter.com/c5ggXjDkhO

Have talked about racism

It is worth noting that earlier the actor has also targeted Bollywood with racism. In a previous interview, the actor had said that apartheid is too much in Bollywood. Everyone wants fair complexion. Be it hero or heroine…. Show a black heroine in Bollywood who is working in lead role. Color matters a lot in Bollywood, not talent. It is worth noting that the actor also revealed in an interview that he did Shool film but he was not given the fee for that film. The actor told that to collect the fees, I used to reach at meal time and used to eat food there, I did this for about one and a half months.