Neena Gupta Biopic: Will there be a biopic on Neena Gupta’s life? Actress told planning 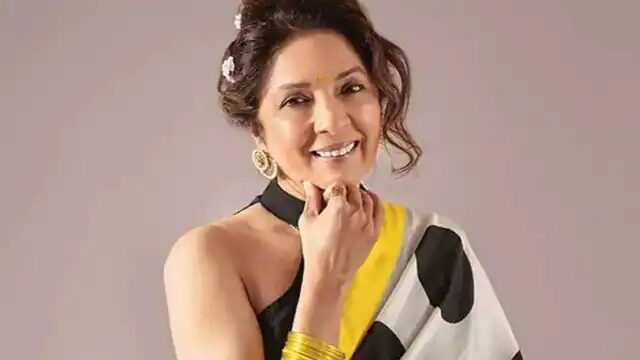 Apart from her acting, actress Neena Gupta is also famous for her impeccable style. The actress has seen many ups and downs in her life and even after that she has made her own identity in the film industry. Neena Gupta has written autobiography on her life to be honest. This book was liked by many and the actress wrote about every turn and point of her life in it. So right there now the actress is talking about making a biopic on her life. The actress says that she is discussing this with the filmmakers.

A film can be made on autobiography

Neena Gupta has told in her autobiography that with what difficulties she brought up her daughter Masaba Gupta. Then, being a single mother, she married. Recently, while talking to The Indian Express, Neena Gupta said that she is in discussions to make a film on her book. This plan has not been finalized yet.

What is the plan?

Neena Gupta said, ‘Let’s see what happens. Doesn’t matter my opinion. Only a producer can decide whether this plan is right or not. I can’t interfere in it and I haven’t thought much about it till now.

I told the truth of my life

talking about myself before Neena Gupta said, ‘The media doesn’t know me and no one knows me well. I am not doing any acting and I am telling the story of my life. Which is written by me and not by the media. It comes from my heart. Told where there is drama in my life, left it where it is not. I will bring false drama a little bit in the story.

Also read- Neena Gupta asks Masaba – why do you eat avocado, why not ghee? told the power of desi food

Will be seen in Panchayat 2

On the work front, Neena Gupta will be seen in Panchayat 2. The series is going to release on May 20 on Amazon Prime Video. Apart from him, Jitendra Kumar, Raghubir Yadav, Sunita Rajwar will be in the lead role in this series. The series is directed by Deepak Kumar Mishra.