by AnyTV
in Entertainment
Reading Time: 3 mins read
10 0
A A 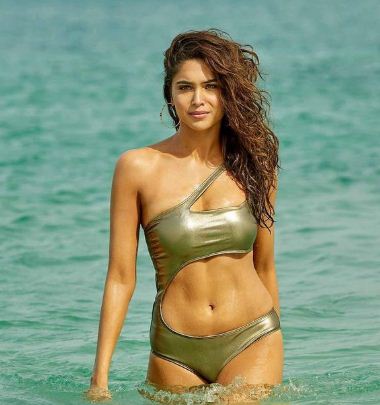 Mumbai, October 26 (IANS) | The trailer of ‘Bunty Aur Babli 2’ has grabbed the attention of the audience due to its new Babli girl, Sharvari. In this, the actress is shown in a very sexy look wearing a bikini. Seeing which the audience remembered the look of Priyanka Chopra Jonas in the film ‘Dostana’. The look of the actress is very much matching Priyanka Chopra.
Talking about the same, Sharvari said that the day I shot this scene, I was happiest on the sets as the middle scene in Priyanka Chopra’s ‘Dostana’ with her golden bikini was my favourite. Ever since I decided to become an actor, I had secretly wished for a sequence like that to be shot on me. It is indeed a lovely coincidence that the script of ‘Bunty Aur Babli 2’ had a middle same sequence.

For him, that special day of shooting was full of thrill and excitement. She revealed that hence, on the day of the shoot, I was thrilled and confident to complete it. She says, “I was in good shape and I had the best crew to shoot it. I was watching my wish come true. The film has Do Bunty and Do Babli, first Saif Ali Khan and Rani Mukerji play the role of Ozzy Bunty and Babli respectively, while the new Bunty Aur Babli is being played by ‘Gully Boy’ fame actors Siddhant Chaturvedi and Sharvari. Directed by Varun V Sharma and produced by Yash Raj Films, Bunty Aur Babli 2 is all set to hit the theaters on November 19.

Video: ‘Where there is no God, there will be tomorrow’, this video of PM Modi is going viral on social media

Video: ‘Where there is no God, there will be tomorrow’, this video of PM Modi is going viral on social media