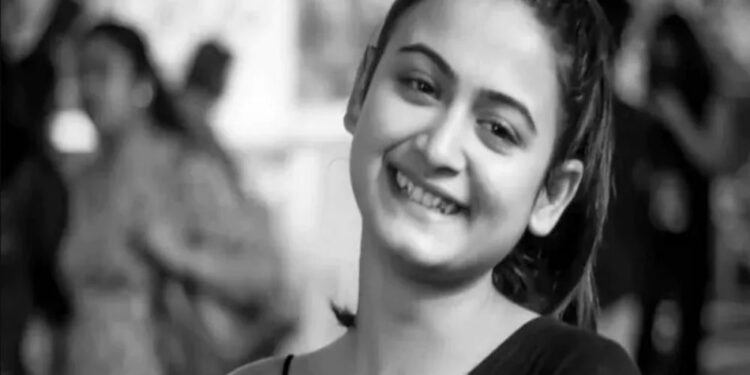 New Delhi. The body of actress Pallavi Dey, who captivated the audience with her performance in Bengali film, has been found hanging from the noose. After preliminary investigation, the case is being told of suicide. At present, the reason behind the suicide is not clear. The police are involved in the investigation of the matter. The hanging body was taken to the hospital for treatment in the hope that life could be saved, but the actress died on the way. After which the body was sent for post-mortem. At present, prima facie it is difficult to make any official comment in the context of the above matter. Pulil is engaged in the investigation of the case. The investigation is awaited to conclude, so that the reason behind the suicide can be revealed.

According to media reports, for the last few days, the actress was troubled by the upheaval in her career. In such a situation, the above suicide is also being linked to the career of the actress. But any official comment right now could jeopardize the credibility of the news. Let us tell you that the condition of the room where the body of the actress was found is also being seen from an observational point of view. Come, here are the latest updates regarding the actress. Now as soon as any information comes to light in this context, we will inform you first. But, before that let’s take a look at the career of the actress.

Also Read  Kiara Advani: Wore such a short dress that Kiara Advani survived being a victim of Oops Moment, users trolled the actress So was the career of the actress..!!

Pallavi was a famous actress of Bengali film and serial. She was seen in the lead role in the TV show ‘Mon Mane Na’. Talking about Pallavi’s career, she had a special identity after working in the TV serial ‘Resham Jhanpi’. The audience loved his acting very much. Everyone is shocked to hear the news of the actress’s suicide that how can she take such a dreadful step. At present, the process of police investigation is going on. Now what is the truth of the matter in such a situation. This will be clear only after the completion of the police investigation for the time being.

Also Read  Tajinder Bagga Arrested: Punjab Police was left empty handed even after arresting Bagga, Delhi Police had to hand over it after a lot of trouble