Raj Kapoor’s RK Studio was saved from closure due to Rishi Kapoor-Dimple Kapadia’s film ‘Bobby’, know what was the reason 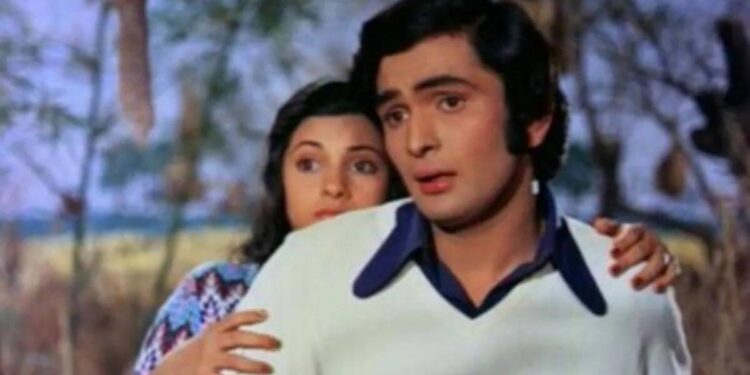 Late Bollywood actor Rishi Kapoor started his career as a romantic hero. His image remained like this for a long time. Rishi was known as the on-screen lover boy. The actor started his career in the year 1973 with the film Bobby. In which Dimple Kapadia was with him. At that time the pair of both was very much liked by the audience. This famous film was directed by actor’s father and filmmaker Raj Kapoor.

Once Rishi told in a conversation with Bollywood Hungama that RK Studios had suffered a huge loss after Mera Naam Joker’s failure at the box office. And Bobby was the film that brought the studio back its fame and glory. At that time, Bobby was the film that explained the definition of romance to the younger generation. Both Rishi and Dimple were very young at that time. The pair of both had done wonders on the big screen.

The money was given at the behest of the PRO: In his memoir Khullam Khulla, Rishi wrote, “I think Amitabh was angry because I won the Best Actor award for Bobby. I am sure he felt that the award would go to Zanjeer which released the same year. I’m ashamed to say it, but I really ‘bought’ that award. I was so stupid.

He had told, “The PRO named Taraknath Gandhi told me, ‘Sir, give thirty thousand, I will give you the award.’ I’m not a manipulative person, but I admit that I gave him the money without any hesitation.”

PMGKAY Scheme: Giving free ration to the poor may increase the burden on the government, there is a possibility of closure of the scheme after September