Rajkumar, Kriti starrer ‘Hum Do Hamare Do’ teaser out 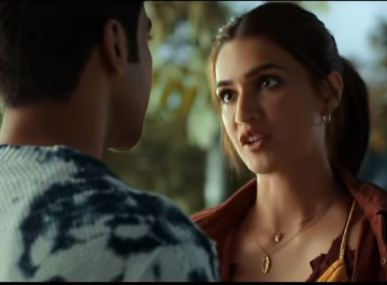 The film will be full of entertainment, comedy and emotion

The makers of “Hum Do Hamare Do” on Wednesday released the teaser of the upcoming film starring Rajkummar Rao and Kriti Sanon, which is full of comedy. The teaser of ‘Hum Do Hamare Do’ sees him in a dilemma when his love lady Kriti asks him to talk to her parents about their marriage, and to come home. What happens next, it is known only after the release of the movie. But seeing the teaser, it can be said that this film is going to be full of entertainment, comedy and emotion.