Ranbir-Alia Wedding: Alia Bhatt shared beautiful photos of the wedding, the newly married couple was seen kissing each other 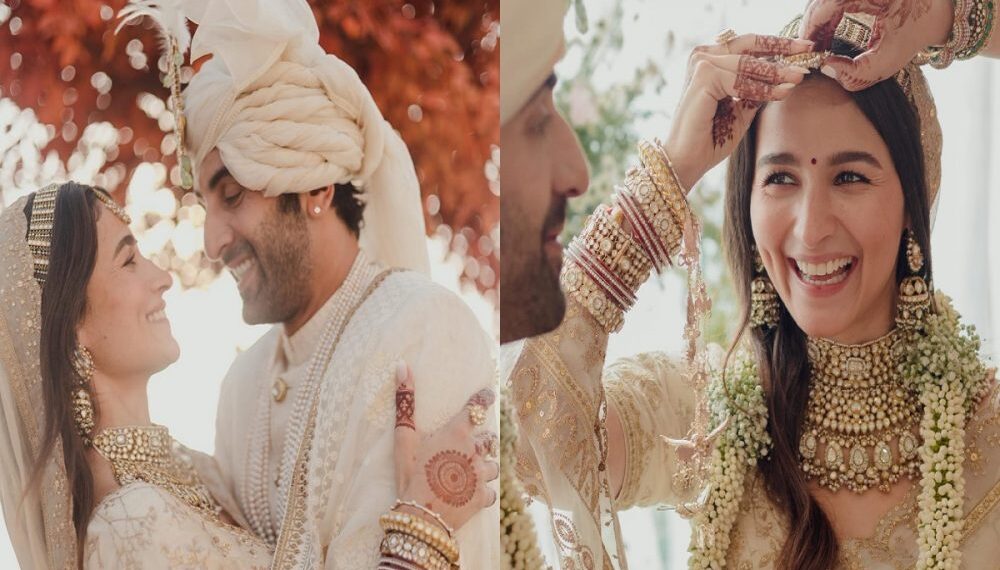 New Delhi. Ranbir and Alia Bhatt have become each other’s. The first picture of both of them after their marriage has also surfaced. The couple was spotted doing a photoshoot on the terrace. Now Alia Bhatt herself has shared lovely photos of the wedding on her Instagram, in which both are looking very cute. In the photos, Ranbir and Alia are also seen kissing each other. Alia has also written a post sharing the photos of the wedding. He wrote in the post – Today at the beach, at home with my family and friends… At our favorite place – The balcony where we spent the last 5 years of our relationship… We got married there.

He further wrote – We already have a lot behind us. We couldn’t wait to make so many more memories together. The memories, the love, the laughter, the cozy silence, the movie nights, the fights were all lovely. Everyone’s love has made this moment special…Ranbir and Alia. It is worth noting that now all the photos from the wedding are coming out. A cute photo of her son Jeh with Kareena Kapoor has also surfaced. In which she is seen having fun with Jeh. At the same time, a photo of Kareena Kapoor, Karisma Kapoor and Karan Johar has also surfaced in which they are seen posing. Apart from this, photos of Alia’s father Mahesh Bhatt and elder brother Rahul Bhatt have also surfaced.

Everyone remembers Rishi Kapoor at the wedding

Let us tell you that a big photo of Rishi Kapoor was also put in Ranbir Alia’s wedding so that his deficiency could be filled. Randhir Kapoor himself has remembered brother Rishi Kapoor on his wedding day. In an interview to the media, Rishi Kapoor said that it is a big day for the family and Chintu should have been here. We miss him every day, but today we miss him very much. He further said that but life does not stop with the passing of someone. I hope wherever Chintu is..it will be very happy to see this.

IT Return: Number of Income Tax Returns increased so much in FY 22, CBDT Chairman shared the figures

IT Return: Number of Income Tax Returns increased so much in FY 22, CBDT Chairman shared the figures