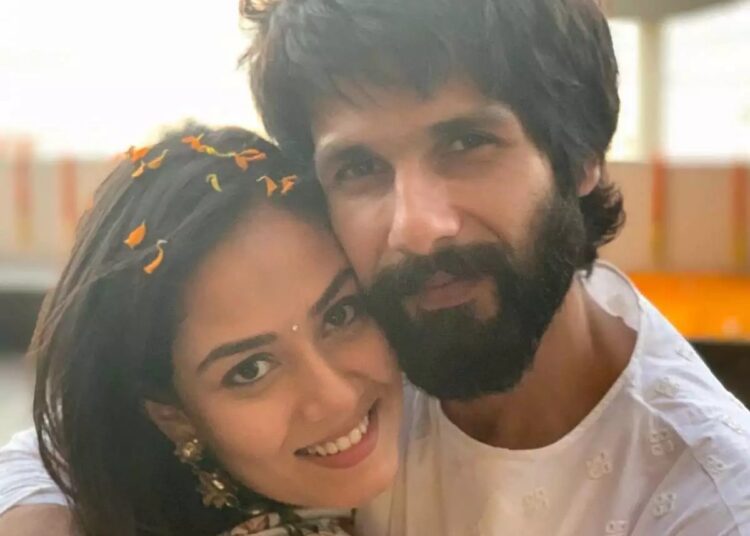 Bollywood industry’s actor Shahid Kapoor’s film ‘Jersey’ is about to release. He started his career with the film ‘Ishq Vishk’ in the year 2003. From then till now Shahid Kapoor has not looked back. Shahid Kapoor also appeared as a background dancer in the 1999 film Taal directed by Subhash Ghai. He remains very active on social media. He has shared a video on Instagram. In which he is seen with his wife Meera Rajput.

In this video Meera is seen sitting away from him. Meera is seen busy in the phone. So right there Shahid Kapoor is seen smiling, and he is seen doing flying kisses. The actor wrote in the caption of this video, “Her first love is the one she is staring at. But I am happy to be her second love too. What to do, love is like this.” Mira Rajput commented on Shahid’s post, she wrote, “No, you are my first love.”

Their chemistry in the video is worth watching, fans are showering their likes and comments fiercely on this video. Shahid Kapoor and Mira Rajput are often seen setting couple goals. While talking about this video of Shahid Kapoor, in this video the song ‘Maiya Mainu’ from Shahid Kapoor’s film ‘Jersey’ is playing.

Let us tell you, in the year 2015, Shahid broke the hearts of millions of girls and married Mira Rajput, a resident of Delhi, who is about 13 years younger than him, away from the world of glamor. The couple has two children Misha and Zain, according to Mira, Shahid Kapoor is a perfect husband as well as a wonderful father.

BJP MP furious over not removing barricading, said to TI – I am calling and you are playing there