Shock to the fans of Tarak Mehta show, ‘Babita Ji’ had an accident in Germany, the actress herself told her condition New Delhi. Everyone is a fan of the famous small screen show ‘Taarak Mehta Ka Ooltah Chashmah’. Over the years, this show has won the hearts of the audience. This is the reason why everyone from child to old is crazy about this show. But for the past few days, the actors of this show have been caught in someone’s eyes. Earlier, the artist has said goodbye to Taarak Mehta Ka Ooltah Chashmah. At the same time, for the past few days, the actors of the show are also falling victim to the accident. Recently, Amit Bhatt who plays Jethalal’s father Champak Chacha in Taarak Mehta’s show got injured. Because of which he was not seen in the show for a few days. Meanwhile, now another bad news has come about the show. It is reported that Babita ji i.e. actress Munmun Dutta, who added glamor to the show, has become a victim of a road accident.

This information has been given by Munmun Dutta himself through his Instagram story. Please inform that these days Babita ji is on Germany tour. Meanwhile, he had a road accident in Germany. Giving information to the fans of his Instagram story, he wrote, a small road accident has happened in Germany. Because of which my left knee hurt. Along with this, Munmun Dutta told that, leaving her own trip in the middle, she is returning. He has also shared the photo of the bandage on his leg on social media. 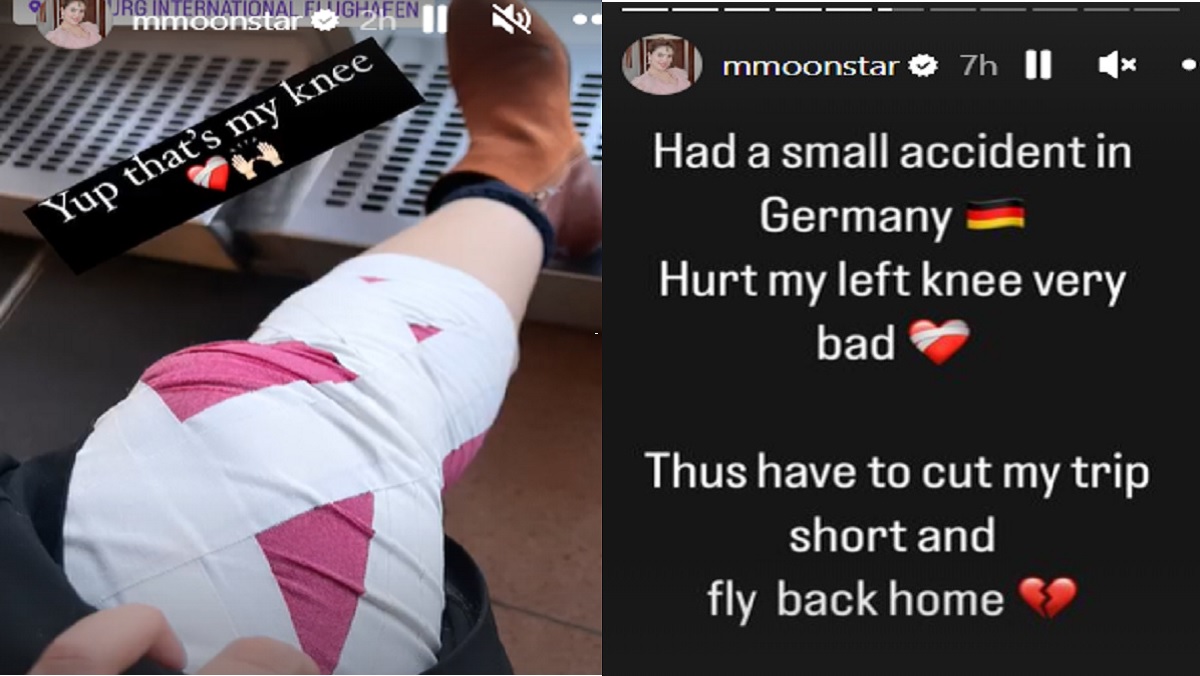 At the same time, after the news of Babita ji’s road accident came to the fore, the fans are wishing her a speedy recovery. Please tell that Munmun Dutta remains very active on social media. She keeps sharing photos or reels on Instagram every day.

In the past, she is continuously sharing photos from her Europe tour. Before Germany, Munmun shared a photo of him drinking coffee from Switzerland. Often she is also in the headlines for her photo. Munmun remains the center of discussion on social media regarding her glamorous look.